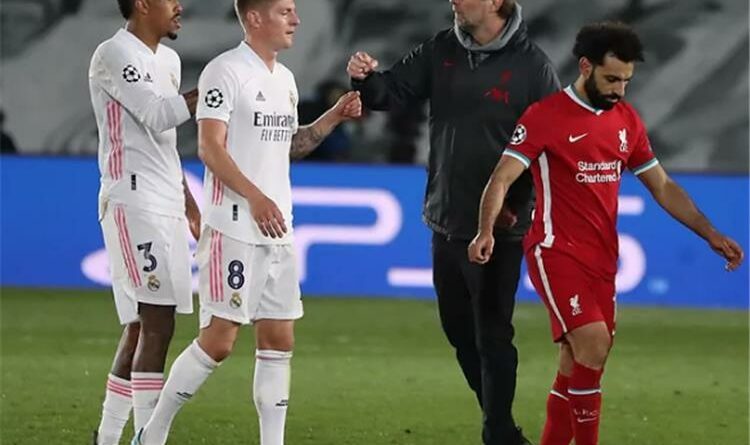 Liverpool are consistently linked with midfielders and surprisingly, the name of German international, Toni Kroos, is in the focus.

The Real Madrid star is one of the best midfielders in the world and as per reports, three clubs are interested in hiring his services.

According to Spanish source, Fichajes, the likes of Liverpool, Bayern Munich and Borussia Dortmund are willing to sign the Kaiser from the Los Blancos.

Jurgen Klopp is tired of asking for reinforcements for the midfield and it is reported that the Reds would be willing to offer a contract to sign the former Bavarian from the European Champions.

Kroos won every major title with the Allianz Arena outfit before moving to Spain and with Real Madrid, apart from Copa Del Rey, he has won all the trophies multiple times.

The 32-year-old is one of the few players who have lifted the coveted Champions League trophy five times.

He is still an important member of Carlo Ancelotti’s squad but his contract at the Bernabeu will expire in less than a year.

The World Cup winning star signed his last deal with the La Liga giants back in 2019 and he earns a salary of around 14 million euros per season i.e. £230,000 a week (Football Transfers).

Kroos has the quality and the experience to improve things in the center of the park at Anfield but in all fairness, we already have an ageing midfield and should not move to sign a veteran who will turn 33 in four months.

Have your say – Who should Liverpool lure before the closure of the summer transfer window?