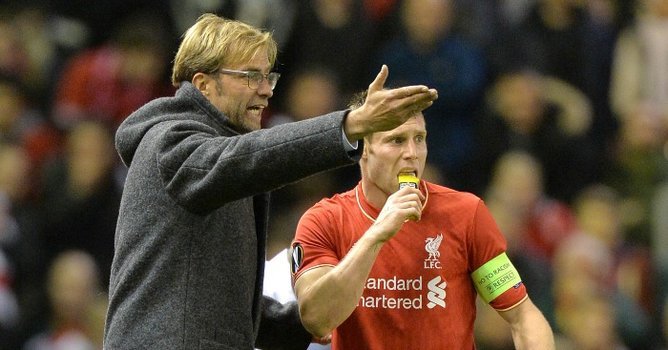 Last season, James Milner was a bit-part player for Liverpool and rarely used to feature but things are completely different this term.

With the introduction of 5 substitutes and due to injury concerns in the midfield, thus far, the 36-year-old star has played in every single Premier League game this season.

Reports in the media suggest that the veteran, who is super fit, is now expected to start in the Reds’ opening Champions League game against Napoli tonight (The Mirror).

The retired England international could feature with the likes of Elliott and Brazilian defensive midfielder, Fabinho in the center of the park.

Klopp has confirmed that Thiago and new signing, Arthur, are available, but perhaps not ready to play the full game. So, we may see the duo in the second half if required.

As far as the backline is concerned, Alexander-Arnold and Robertson should start in the fullback positions and we may see Matip returning in place of Gomez to feature with Van Dijk in the central defense. Alisson would retain his place in the goal.

As far as the attack is concerned, Firmino is the man in form and the Samba star could return to the starting lineup in place of Nunez to play with Salah and Diaz.

The Naples based have better head to head record against the Anfield club, who have never beaten the Italians in their own backyard. Will that change tonight? We shall see.