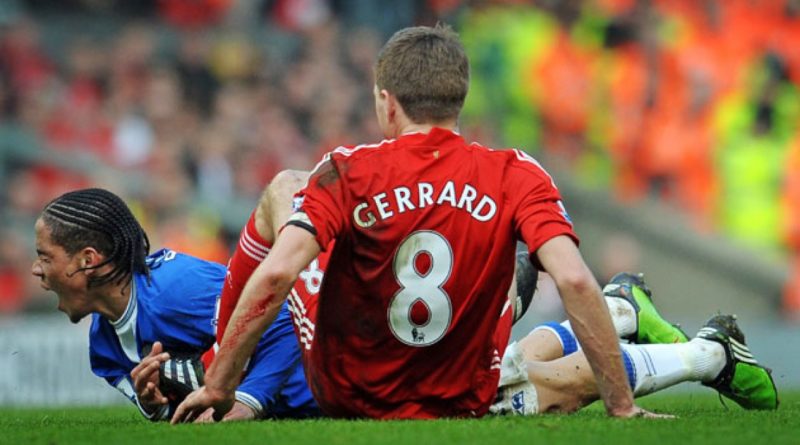 Merseyside derbies are one of the most anticipated fixtures in the English Premier League. We all love it because their rivalry goes beyond the pitch, it is a deep one that runs in both new and old generations of Merseyside players. And that time of the season is also epic for bettors as they get great odds when they use bookies like bet365 to bet on the derby. We would love to take you down memory lane so here are five of the best derbies ever.

This derby took place in Goodison Park and looking back at it, this game had it all. The five-goal thriller game has several fouls, cards, penalties, uproars, and even minor controversies. In total, the game official showed 12 yellow cards, including two for Igor Biscan that ended up being sent off.

Liverpool opened up the scoring with Emmanuel Heskey scoring a powerful shot. Robbie Fowler also had a chance from the penalty spot for Liverpool but was not able to find the net. The game seemed to be bound for 2-2 as Everton grabbed a penalty goal in the 84th minute. But Gary MacAllister thought otherwise and found the net from a 44-yard free kick in injury time.

This derby was a historical one, as it is one of the highest goal-scoring matches between the two rivals. The match took place in Goodison Park and it was an FA Cup game. Liverpool took the lead four times in this game, and Everton was able to level things each time till the match ended.

At halftime, Liverpool was already up with one goal but Everton found the net three minutes after the restart to level the scoreline. It went on like that into the extra time till Liverpool thought they got the win in the 103rd minute when John Barnes scored the fourth goal. However, Tony Cottee sealed the game at 4-4 with a fantastic goal in the 113th minute.

David Moyes’ Everton Everton in 2006 was a force to reckon with. Not only did they knock Liverpool out of the top four in the previous season, but they also rubbed salt in their wounds by lashing them 3-0 in the derby at Goodison Park. Tim Cahill’s goal with Andy Johnson’s brace was enough to render the Reds powerless against them.

This game would be a forever memorable one for Ian Rush as he put four past Everton in this action-packed fixture at Goodison Park. Up to 53,000 Scousers witnessed Liverpool’s victory over their Merseyside rivals as they were victims of the prolific Ian Rush on top form. It will also go on to be a memorable season for him as he bagged 30 goals in all competitions that season.

This one remains a talking point for Liverpool fans as they headed into the derby with two successive defeats. And for the whole game, Liverpool was on the back foot, absorbing all types of pressure from their blue rivals. However, their luck changed for good as Sadio Mane was able to tap in a rebound from the cross-bar four minutes into injury time.

Records from Merseyside Derbies So Far

Here is a little breakdown of the Merseyside records:

The records favour Liverpool as the most successful of both sides. But that doesn’t make Everton an underdog too; they are always ready to put on a fight.