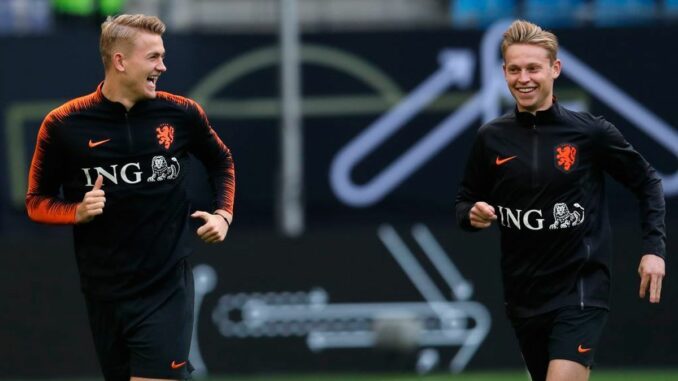 Liverpool desperately needed to improve their midfield department in the summer transfer window. They failed to lure Tchouameni and then ended up luring injury prone Arthur on deadline day.

The Reds must refreshen up things in the center of the park and reports indicate that they are interested in hiring the services of Frenkie de Jong.

According to a recent report covered by ESPN, Liverpool are ready to lead to sign Frenkie de Jong, who is also on the radar of Chelsea and Manchester United.

The renowned media outlet claim the Netherlands international may decide to leave Barcelona in the winter transfer window and the Reds have already made contact with his representatives.

De Jong was heavily linked with a move to Old Trafford last summer and the Red Devils even managed to agree a deal with the Catalan club.

However, the midfielder decided to stay at the Nou Camp. Unfortunately, he has warmed the bench more often than not in the current campaign under the guidance of Xavi. So, a January move away from Barca is a possibility.

The 25-year-old star was a superstar at Ajax. Under Erik ten Hag, he won the domestic double and helped the team reach the semi finals of the Champions League in the 2018-19 campaign.

However, he has not been able to perform at his best in Spain because Busquets has mainly played in his preferred No. 6 role.

De Jong is a versatile midfielder who likes to receive the ball from the backline and connect it to the attackers. He might not score or assist goals regularly but has the ability to dominate the midfield battle.

The Dutch star still has a long term contract with Barcelona and he earns a high salary of around £320,000 a week (Mirror Sport).

Have your say – Should Liverpool make an offer to sign Frenkie de Jong in the January transfer window?