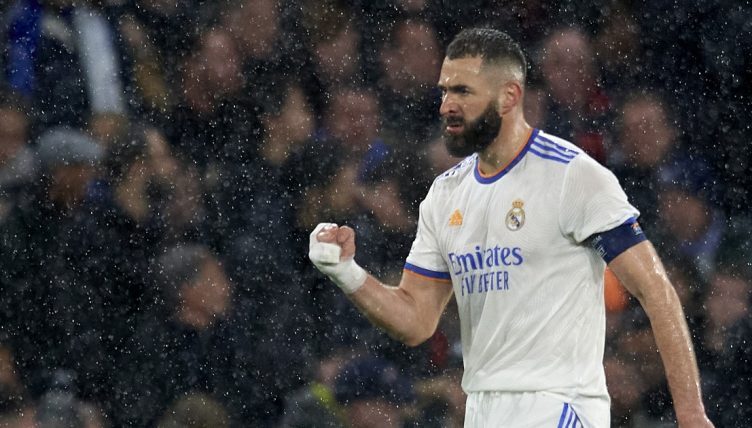 Liverpool made an offer to sign Karim Benzema from Real Madrid if reports in the media are anything to go by.

Last summer, the Reds broke their bank to hire the service of Darwin Nunez from Benfica but they did consider luring Benzema before moving in for the Uruguayan international.

According to Spanish source, Nacional, the Los Blancos captain, who will be out of contact next year, considered leaving the Bernabeu last summer.

The French international was unhappy with the fact that president, Florentino Perez, tried to sign a new forward to eventually replace him.

Kylian Mbappe ended up staying with Paris Saint-Germain, Manchester City were able to snap up Erling Haaland and therefore, Real Madrid were looking to sign Harry Kane from Tottenham Hotspur.

In such a scenario, it is reported Benzema threatened to leave for Klopp’s Liverpool. The Reds wanted to take advantage of the situation and made an offer to sign the striker.

However, in the end, Real Madrid did not sign any forward and held on to Benzema, who netted 44 goals in the last campaign and eventually won the Ballon d’Or. The Merseysiders had to splash the cash to sign Nunez from SL Benfica.

It must be remembered that the £173,000 a week forward (Football Transfers) will turn 35 next month and his signing would have been a short term fix for the Anfield club, something the owners, FSG, do not like.

Liverpool should trust Darwin Nunez, who is young and talented. The 23-year-old started slow but is now settling in well. In all competitions, he has started 9 games under Klopp and directly contributed in as many goals (7 goals and 2 assists).