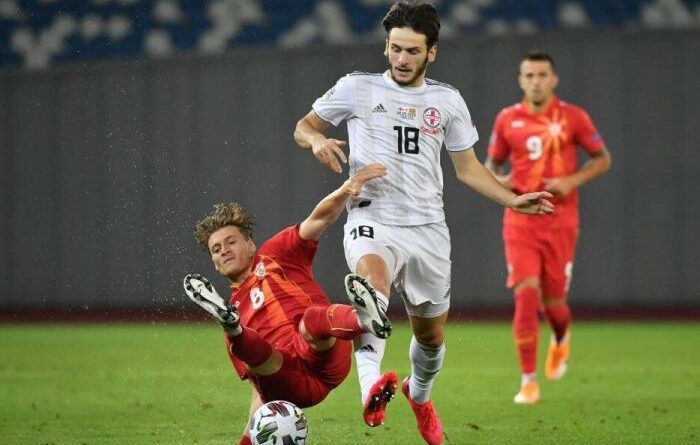 Liverpool have been linked witth Georgian international, Kvicha Kvaratskhelia, for some time and the Napoli star is once again in the limelight.

According to a story covered by La Gazzetta Dello Sport yesterday (news image provided below), the 21-year-old is on the radar of powerful European clubs like Liverpool, Real Madrid and Manchester United.

The famous Italian news outlet have mentioned that the likes of Osimhen and Lozano are attracting a lot of interest as well.

For now, Napoli president, Aurelio de Laurentiis, does not want to sell his key players but GdS claim if he decides to start an auction, then he would demand a fee of 100 million euros (£87.4million) for Kvaratskhelia.

The youngster is naturally a left winger, who can effectively play in the No. 10 role as well. This season, he has been one of the in-form players in the continent.

In all competitions, the former Rubin Kazan attacker has featured in 17 games for the Naples-based side and directly contributed in 18 goals (8 goals and 10 assists).

In the opening group game of the Champions League vs Liverpool, Kvaratskhelia tormented Klopp’s defense as Napoli won the contest 4-1.

For the senior national side, so far, in 19 caps, he has found the net 10 times. Last year, in the World Cup qualification games, he found the net vs Spain, Sweden and Greece.

This year, in the UEFA Nations League C, he was, without a doubt, the best player. Kvaratskhelia featured in all 6 games and directly contributed in 8 goals (5 goals and 3 assists) for his country.

Liverpool offloaded Mane, Origi and Minamino last summer and currently, Jota and Diaz are out injured. So, we clearly lack quality and depth in the attacking department.

Should Klopp move in to sign Kvicha Kvaratskhelia in the winter transfer window?