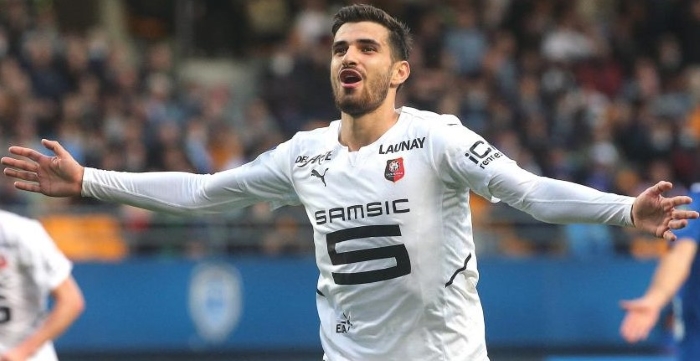 Liverpool have already secured the signing of a top quality left winger in the form of Cody Gakpo this month.

However, the Dutch international, who scored 3 goals at the World Cup, is not the only attacker linked with the Reds.

News – Corriere dello Sport – Liverpool can agree £44.2million fee for signing but have to wait

According to a report covered by Media Foot, Liverpool are one of the clubs to have made contact to inquire about signing Martin Terrier from Rennes.

The French media outlet have mentioned the Ligue 1 attacker is valued at around 35 million euros (£30.8million) and could bring in a higher fee with his top performances.

Terrier is versatile talent, he is naturally a left winger, but has proved to be productive in the No. 9 role as well.

Last season, Rennes had the best goalscoring record in the league after champions, Paris Saint-Germain. They netted 82 goals and the 25-year-old attacker found the net 21 times and also provided 4 assists.

As far as the current campaign is concerned, so far, the former Lyon winger has made 22 appearances in all competitions and directly contributed in 17 goals (12 goals and 5 assists).

Still, Terrier is yet to make his debut for the senior international side. In his preferred left wing role, Kylian Mbappe started for the Les Bleus at the World Cup and Deschamps even had options like Koman, Kolo Muani and Thuram in the squad.

At Anfield, Liverpool’s first choice left winger is Luis Diaz but the Colombian is currently out injured. On the other hand, Gakpo has just arrived.

Not to forget, even summer signing, Darwin Nunez, can be deployed on the left flank. Therefore, Liverpool really do not need to sign another LW. Instead, they must focus on strengthening the central midfield this month.