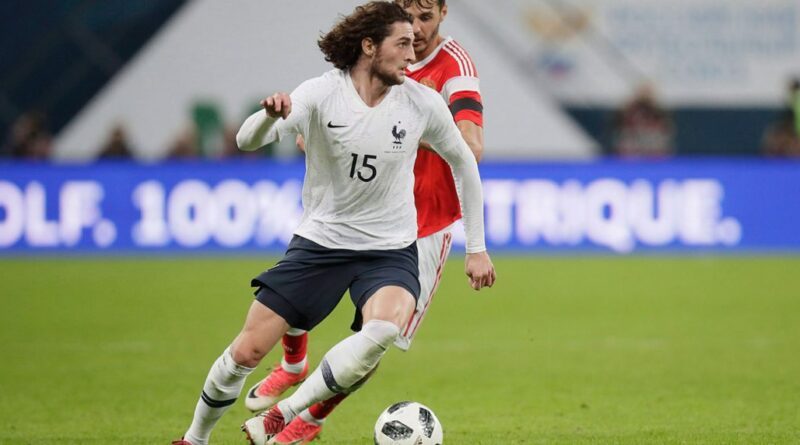 Liverpool need to sign a quality midfielder this month and the latest name in the lime light is that of Adrien Rabiot.

The French international’s current contract with Juventus will expire in 6 months and he is looking for a bumper pay rise to extend his stay with the Italian giants.

News – Liverpool prepared to agree over £204,000 a week terms to secure signing – Report

According to a report covered by Calcio Mercato, Adrien Rabiot is a wanted man in the market after impressive performances with the Bianconeri and for France at the World Cup.

The Italian news source have mentioned that the former Paris Saint-Germain star earns 7 million euros a season i.e. around £119,000 a week and The Old Lady are looking to hand him a new deal on the same wages.

However, the salary requested by the 27-year-old’s team is 10 million euros a season i.e around £170,000 a week. It is reported that Liverpool are one of the clubs ready to offer the salary to sign the Les Bleus star.

Rabiot’s mother, Veronique, is also his agent and she has proved to be a tough negotiator.

In the summer transfer window, the central midfielder was very close to signing for Manchester United, who even agreed a fee with Juventus. Still, the move collapsed as they failed to convince the player’s mom (The Telegraph).

The 35-capped international can play in the CM and DM roles and this season, so far, in 18 appearances, he has netted 5 goals and provided 2 assists in all competitions for the Serie A side.

Rabiot won the UEFA Nations League with France in 2021 and he was a key member of Deschamps’ squad that reached the World Cup final in Qatar last month.

The Frenchman has got ample experience under his belt. Do you think he has the qualities to improve the midfield at Anfield?