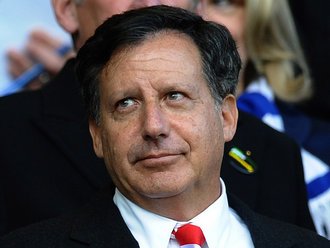 For the past couple of days, I have been chewing over the idea of a six-part miniseries that will be filmed by Fox Soccer Channel. The subject: an inside look at the goings on at Liverpool Football Club. After considering the idea at some length, I still do not know how if it is a good idea or how I even feel about it.

There is a famous phrase called the “Liverpool Way.” It’s more than a phrase really, it is an ideal and a way of conducting oneself in regards to the club. With the exception of the debacle that was known as the Hicks and Gillette years, club business has generally been handled behind closed doors. Club business is not limited to player transfers, but also includes other elements such as discipline, coaching, and general business decisions to name a few. Now, cameras are being invited behind those closed doors to some degree.

The idea of the show seems to have originated with FSG. It is one of their strategies to promote the club worldwide. I’m not sure how big the viewership of Fox Soccer Channel is, but I read an article somewhere boasting of a 100 million. That number must be also figuring in the folks around the world who illegally stream the channel because there is no way in hell that many people would be watching FSC at the same time. Maybe they meant 1 person, 100 million times. That makes more sense.

I will agree that the club does need more exposure. Done in the right way, a documentary could be great. There is a lot of drama that is and will be happening in the next few months. Possible changes in management, backroom staff, players, and an FA cup final that could go either way, will all be occurring during the filming. I know people are interested in it and they will watch. We re-post the tunnel videos whenever LFC.tv releases them and no one has ever said, “there should not be a camera there!” There is definitely interest and I am sure the casual fan who supports another team and happens to be watching will be keen to see what goes in places where cameras are not normally permitted. If the subject of the documentary was a team like AC Milan or Barcelona, I would definitely watch. There will definitely be more people learning about LFC and it would be great for them to come away with feelings of interest that one day lead to support.

There is a fine line between documentary and reality show. Surely someone at FSG was smart enough to write into the contract that an executive at Liverpool gets final cut over what is and is not shown. The miniseries could go very well or horribly wrong. I hope at the end of it, we come away with a deeper understanding and appreciation for the players and staff at Liverpool. It would be a better result than having it be a Metallica-style documentary where everyone ends up in therapy. The way this season has gone, we might very well end up there anyway and the title Some Kind of Monster could be suitable.