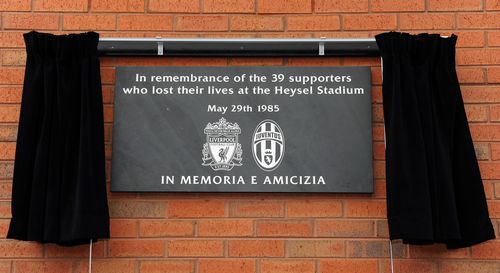 It’s been 27 years since the events of the Heysel Stadium Disaster scarred the lives of so many. Great strides have been made in recent years to make amends for that horrific day; still the gulf remains vast. 39 Juventus supporters, much like the 96 Liverpool supporters we hold in our heart, never returned from a football match.

It’s supposed to be so simple, but it never is. We grieve as they grieve. Tribal lines don’t come into play. Us and them is irrelevant. Today, in the very least, we’re one in the same.

We remember, because we won’t forget.