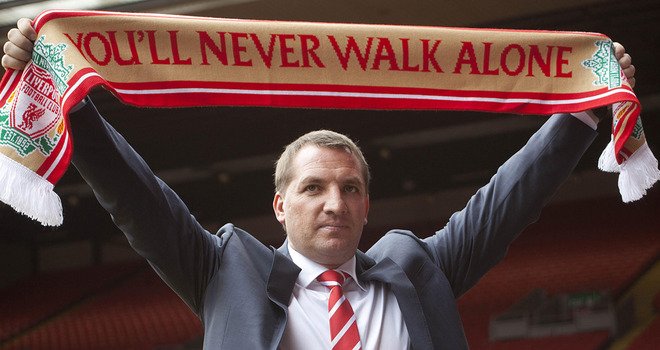 It’s a beautiful day in the neighbourhood…

After agreeing to compensation with Swansea City late yesterday afternoon, Brendan Rodgers was unveiled as the new Liverpool boss this morning. Today, his work starts in earnest.

What the fans want to see, more than anything is progress. You can’t always measure it in points and Cups; this will have to be apparent in the footballing culture surrounding Liverpool. A true top to bottom system, quality youth team signings who actually have a shot at making it into the first team, tactical awareness both on and off the pitch; for the sake of avoiding a ramble, we need a way forward that works. Short term, stop gap solutions are no longer acceptable. Although it’s a gamble to appoint a mostly unproven manager instead of an established veteran, this is where Fenway Sports Group believes Brendan Rodgers comes in.

We haven’t always played the most beautiful brand of football. Under Gerard Houllier, the plan was to get it to Michael Owen and cross your fingers. With Rafa Benitez, in the beginning anyways, it was apparent that not losing was just as good as winning. England manager Roy Hodgson championed the long ball “hoof and hope” approach, while Kenny Dalglish made some less than wise tactical mistakes that a manager of his prestigious level shouldn’t. Now, with our third manager in two years, we may see the true return of pass and move football to Anfield.

After being tipped as favorites to go down, the South Wales side finished a respectable 11th overall, with Rodgers getting more out of his players, and budget, then anyone ever expected. Liverpool beat Arsenal away last season for the first time in forever, and that was a big deal even though we’re a big club. Swansea beat Arsenal at home, scoring three goals in the process and always looking like the eventual victors. For a promoted side, that’s DVD worthy. 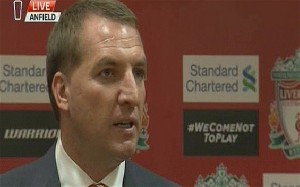 The modified Tiki-Taka style employed by Rodgers made the Ulsterman a hot commodity with Swansea City in only his first Premier League season. Short, precise, carousel style passing throughout interchanging midfielders reeks of FC Barcelona and the Spanish National team, both of which employed the philosophy to great effect and muchos plaudits. The ability to control the match, build from the back, and turn every zone into a danger zone shares many similarities to the great “pass and move” Liverpool sides of the 70’s and 80’s which wracked up more silverware than I have column inches to mention. Valuing possession above all else may not always sound that appealing, visions of lateral passes reaching the upper twenties come to mind, but if you take some time out of your day to watch some of Swansea’s matches from last season, including their closing day victory over us, you’ll see that the opposition can’t score if they don’t have the ball.

That sounds so simple, doesn’t it? Continental styles of play haven’t always taken root, or been wholly embraced by English culture quite yet. It’s hard to tell if it ever will. The Italian style of Catenaccio for example is less than exciting to watch and hardly suited to the traditional English palate; but very few would argue that it doesn’t get results as a World Cup win for the Azzuri in 2006 and multiple European trophies for well drilled Italian sides will attest to. Although Tiki-Taka isn’t an ultra-defensive, park the bus style of play, it may still take some time, patience, and the right players before it’s real worth is in full show on the Anfield pitch.

With Rodgers in place and the mandatory unveiling pictures out of the way, the formalities of the summer can commence. Who are we watching? What’s our budget? Who’s shipping out and who’s staying put? For now anyways, these questions will be left to Rodgers alone to answer. Though, that may not always be the case. The fate of Louis van Gaal remains as the proposed Director of Football remains in limbo as various media reports indicate that one of the sticking points to our new manager agreeing to his three year appointment was the prospect of working under a DoF. Recruitment may not be everything, but every manager wants to put his stamp on their team, and Brendan’s may be much larger, and resonate much longer, then he ever expected. 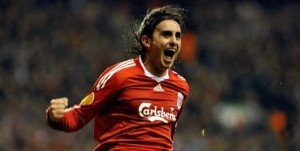 This is never a sure thing…

The future of Maxi Rodriguez, Joe Cole, Andy Carroll, Dirk Kuyt, Jaime Carragher and Alberto Aquilani will all be hot topics over the coming weeks. Veterans of previous campaigns Maxi and Dirk both look set for moves after being frozen out of the side by Dalglish in favor of his own signings. A buy young and develop philosophy has been put in place by FSG which gave more insured more time on the pitch for a new band of soldiers. There are questions whether Andy Carroll has the technical chops to flourish under a more continental style of play and the record signing could see his role reduced to a “Plan B” option if Liverpool’s habit of running out of ideas continues isn’t snuffed out under the new boss. Our big name loanees and our ageing defensive general also pose serious conundrums for a still wet behind the ears manager.

Aquilani, who doesn’t seem to want to live in England or play for Liverpool, and Cole, who spent the last year puffing on smokes in France, could both benefit from the suspected change in tactics, but neither are likely to feature in the plans of Rodgers. A new boss needs dedication from his player’s right from the get go if they’re going to succeed and these two are relatively unknown factors in a Liverpool side full of predictability. It’s been rumored that both players are hardly adverse to a return to Anfield, and though change may be a good thing, it’s more likely that we’ll see the pair shipped out before they’re even suited up. The same can’t be said about Carragher.

At one time, he was our defensive stalwart; a rock standing against a barren blue sea. That time has unfortunately passed. Though Dalglish hardly had the heart to resign the Scouse defender to his fate, it’s time to shift Jamie into a coaching or development role. Not a single Red would question his undying loyalty to the club, but as the previous mentioned focus on youth begins to take place, this has to apply to all positions in the squad and not just those unoccupied by living legends. It’s time to begin those changes; that shift in culture that will propel us forward. It’s been three years running since we qualified for the Champions League. Enough is enough.

A less than stellar season under club legend Kenny Dalglish was hardly acceptable; but most could see what he was building towards. A Carling Cup victory and a FA Cup Final appearance wasn’t enough to save his second spell in charge of his beloved Liverpool with rumors of the ownership sounding out a replacement as early as March. It’s with that in mind that Brendan Rodgers will be taking the helm. Though he may be given more time and understanding than Dalglish, progress has to be made. Fenway Sports Group is determined to drive Liverpool back to the top. It’s upwards and onwards or fare thee well…

3 thoughts on “Mr. Rodgers Neighbourhood (A Few Thoughts on a Few Things)”