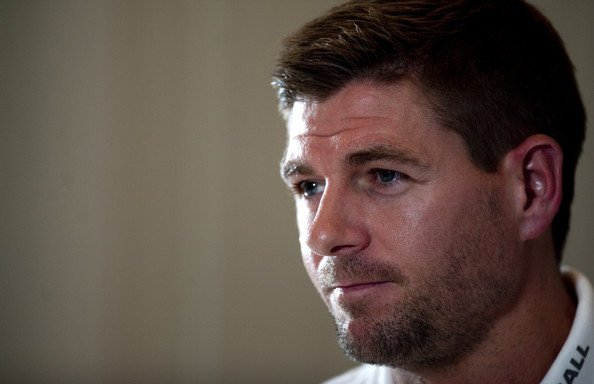 He may be on his way to sunny Los Angeles, but Liverpool legend and new BT Sports Champions League pundit Steven Gerrard still has a vested interested in the Reds and was left quite surprised by the behind the scenes shake-up at Anfield.

Following a review of what turned out to be a dire season with the clubs hierarchy, boss Brendan Rodgers was lucky to escape the sack with a sixth place finish and no silverware well short of the expectatations of Fenway Sports Group. The Northern Irishman may not be out looking for a new job, but his assistants are with both Mike Marsh and Colin Pascoe relieved of their positions — something that Gerrard admits he didn’t see coming.

“I was very surprised,” said Gerrard when asked to comment on the situation on Merseyside. “I didn’t expect there to be any changes in the staff positions. I think Brendan and the bosses have made those decisions and I’m looking in with a keen interest to see who he puts alongside him and how he tries to improve or strengthen his staff moving forward.”

Another Liverpool legend in Sami Hyypia has already expressed an interest in filling one of the vacancies and two other well known coaches in Pako Ayestarán, well respected cohort to the one and only Rafa Benitez, as well as Rene Meulensteen, a one time nemesis for the Reds during his tenure with Manchester United, are also in the frame to join Rodgers back-room staff.

“A lot of names have been mentioned, but I can’t give you any insight or names because I’m now on the outside and don’t have that relationship with Brendan anymore where I might have got a bit of a nudge on it in the past,” said the LA Galaxy midfielder before saying that he’d be interested in hearing the reasoning behind the departures of Marsh and Pascoe. “I am very interested to see who he puts in alongside him and also to hear Brendan speak in a press conference to see why he has decided to make those decisions.”

One thought on “Steven Gerrard Surprised by Liverpool Departures”