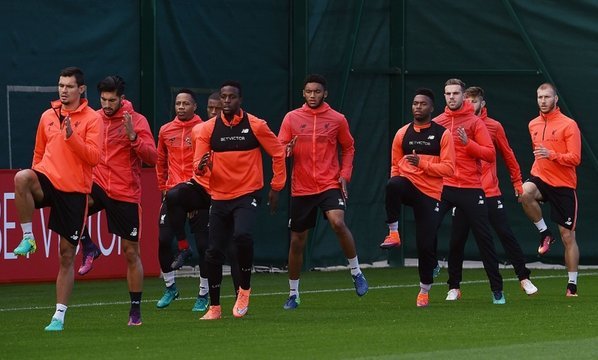 Although there was no sign of Liverpool vice-captain James Milner as the Reds begun preparations for the meeting with West Bromwich Albion at the weekend, there were two familiar faces back on the training ground yesterday with both Georginio Wijnaldum and Joe Gomez hitting the pitch.

The Dutchman, who missed Monday’s draw with Manchester United, picked up a knock while on International Duty with the Netherlands. His replacement in Emre Can, who has struggled with injuries of his own and is lacking match sharpness, grew in to proceedings as time ticked on, but the work-rate and calming influence of the former PSV Eindhoven captain was sorely missed.

Now, whether or not Wijnaldum will be fit enough to face the Baggies remains to be seen, but after a year out, it’ll be some time before Gomez has the opportunity to run out at Anfield. Having picked up a season ending knee injury only days after Liverpool boss Jurgen Klopp took over on Merseyside, the youngster doubled down by re-injuring himself during the summer while nearing a return to first team action. Finally ready to re-join full training, the 19-year old won’t be rushed back, as the Reds fitness team looks to get him back up to speed.

“With big applause he came back, it was really nice to have the boy back in training,” Klopp told the Liverpool ECHO. “It’s only parts of training and he needs time and he has to do a lot before he’s match fit. But it’s really good to have him back and actually it’s the first time I’ve had him (in training),” explained the German manager. “He got his injury in the international break last year when I came here and now it’s the first time on the pitch with the team and it was really a very nice moment.”