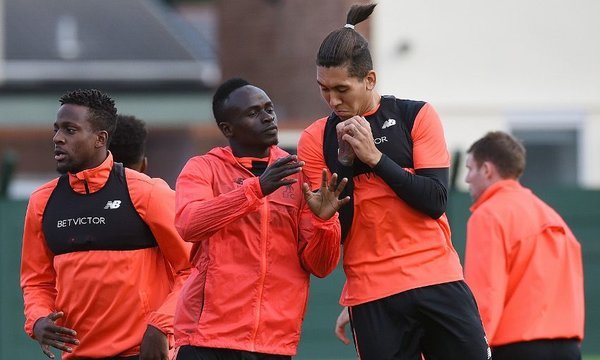 Taking seven points out of their first three matches, Liverpool roll in to the first International Break of the season in a fine vein of form — their performances have been far from perfect, but missing some key players and having to make tweaks here and there, it’s been an encouraging start to a very important campaign.

“Our first games have been very good, with important results achieved. We got the place in the group stage of the Champions League and now this victory in a match that is so important in England,” enthused Reds striker Roberto Firmino. “I managed to leave my mark on these games and it makes me very happy because it shows that our daily work has been well done. I have good numbers against Arsenal, but my work is done intensely regardless of the opponent,” explained the Brazilian, heading off to South America for the Selecao’s World Cup qualifiers with Colombia and Ecuador. “Now it is time to rest and to think about the game against Manchester City, because it will be a very difficult game, but we will try to get those points away from home.”

By the time Liverpool visit the Etihad Stadium, the transfer window will be closed, but the Reds are hoping to add a player or two by that time. They may have scored eight goals in their opening fixtures, but they also conceded three — enough for Watford to snatch a draw on opening day. While they’ll almost certainly keep pushing to sign Southampton captain Virgil van Dijk to help shore up the defense, it’s safe to say that the basis of their game is built on what goes on at the other end of the field.

“I think we played great football, from the beginning and to the end,” said Sadio Mane, speaking to the club’s official website. “We also created many chances and the key of the game was we scored most of them,” continued the Senegalese attacker. “Honestly I think it’s a great moment for us,” added the Liverpool forward. “It’s always important to win because that makes more confidence in the squad and that’s how we feel now. We’re going to try to work hard and try to win the next games.”