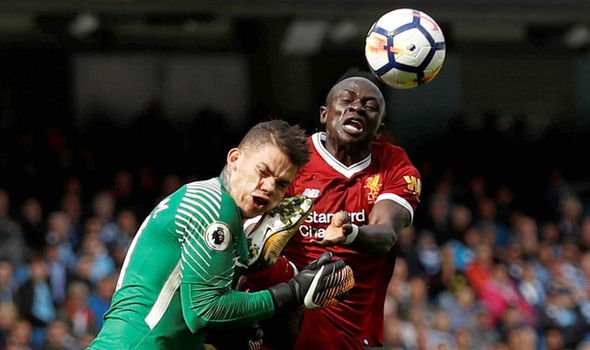 Although he’ll be in contention for a spot in the starting eleven when Liverpool host Sevilla at Anfield on their return to Champions League action tomorrow, the Reds attempts to have Sadio Mane’s three-match ban for his high-boot challenge on Manchester City ‘keeper Ederson during their disappointing outing at the Etihad on Saturday was rejected by the FA following a independent regulatory commission hearing.

Opinion has been very much split on whether or not the Senegalese attacker should have been dismissed for his actions with an inconsistent enforcing of the rules making this particular incident a major talking point for pundits — both professional and armchair. Mane will now watch from the stands when Burnley come to town and will miss the double header with Leicester City as Liverpool visit the King Power Stadium in both the Premier League and the EFL Cup.

“I was outside with Pep and we both didn’t think it’s a red card,” said Jurgen Klopp, speaking with BBC Sport on Saturday. “I’m sure enough people will find a reason to say it’s 100% a red card,” continued the German. “Sadio is very, very upset. He was shocked about the situation,” added the Reds boss. “In the game everybody thought the goalkeeper was seriously injured – I’m not sure what happened but he was running around after the game so not as serious as everybody thought.”

And everyone has an opinion; BBC Match of the Day pundits Alan Shearer, Gary Lineker and Ian Wright all said that they would have “gone for the ball” while Liverpool legend Jamie Carragher and former Manchester United defender Phil Neville both took a far dimmer view of Mane’s actions. At the end of the day, the only opinion that matters is that of the FA and they’ve ruled that the three-match ban is justified despite a rash of similar incidents amounting to only a yellow card or going unpunished altogether.