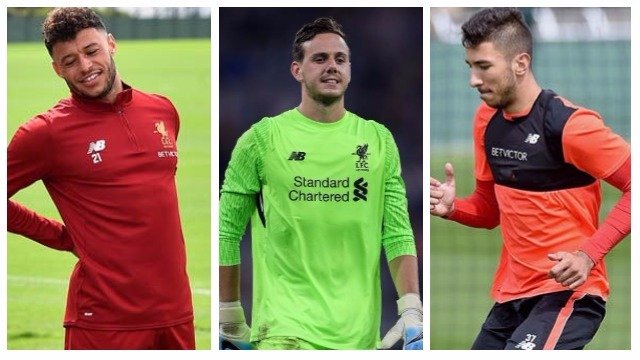 Liverpool boss Jurgen Klopp is set to ring the changes ahead of the first of two trips to the King Power Stadium as the Reds square up to Leicester City in the League Cup later in the day — including handing a start to new boy Alex Oxlade-Chamberlain.

“It’s a fantastic opportunity for Alex,” enthused the German, speaking to the press ahead of their road-trip. “Since he’s been here it’s been difficult to train on different things because it’s game after game after game,” explained Klopp. “We sit together with him and the analysts to show him how we want him to play in this position or that position,” mused the manager, talking up his deadline day signing. “It’s worked too but there’s no rush. It’s really good that he’s here.”

With the matches coming as quick as ever, the boss has no choice but to switch things up. Despite insisting that he’s taking this competition as serious as any other, there’s a real sense that’s not quite the case.

Alongside Oxlade-Chamberlain, Klopp is set to name forgotten man Marko Grujic as well as third-choice ‘keeper Danny Ward to the starting eleven — more proof that this probably isn’t the strongest side available to him. The Serbian midfielder hasn’t been much more than a ghost around Anfield since his move from Red Star Belgrade last summer and the Welsh shot-stopper, who spent the last campaign on loan with newly promoted Premier League side Huddersfield, will be making his first start for the club since the end of the 2015/2016 season.

“Danny Ward will play tomorrow if nothing happens overnight,” said the manager, confirming that Ward will get the nod ahead of either Simon Mignolet or Loris Karius. “We have a lot of players who are actually in good shape but haven’t had match starts so far,” continued Klopp. “For instance Marko Grujic made a big step in his development but no-one can see it yet, so it’s really good to give him the opportunity.”