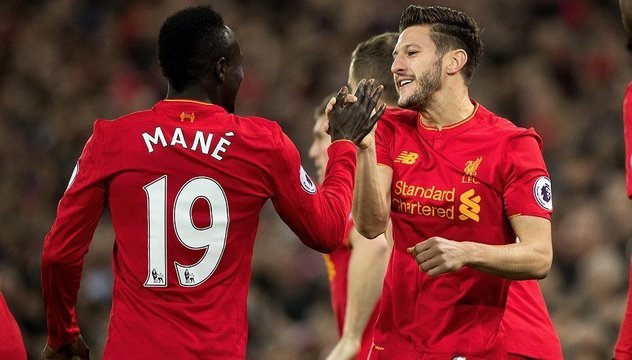 These days there’s always an extra bit of edge when Liverpool square up with Southampton with a number of top players trading the South Coast for Merseyside over the past couple of days. While defender Dejan Lovren should be in the starting eleven, no one quite knows whether or not Sadio Mane or Adam Lallana will be fit enough to run out against their old side.

“Sadio we have to wait, we will see today,” said Reds boss Jurgen Klopp, staying non-committal over the Senegal wingers hamstring problem. “Adam is in training now since three days or four days [ago]. It was a really long [time], it is fantastic that he is back,” explained the German coach, clearly pleased that the Englishman is back in training, but unwilling to make any promises. “There is no rush in it even when everyone who knows Adam can imagine how ready he is to be part of the squad again, so we will see what we do in this case.”

Nathaniel Clyne, who had surgery on a back problem earlier this week, will not be available to face Mauricio Pellegrino’s team with the fullback set for an additional three-months on the sidelines. Saying that the club tried the “conservative way without the surgery”, Klopp went on to confirm that the specialists employed by the club “agreed we now had to” put him under the knife to correct the problem.

While the defenders absence remains an ongoing worry for the club, after sitting out the international break, Liverpool captain Jordan Henderson has recovered from the thigh problem that saw him miss the win over West Ham United and barring any unforeseen problems the skipper will be back in action tomorrow.

“Hendo, yes, should be OK I think,” mused the Reds manager. “He used the week he had in the national break, he used it well to recover from different things to be honest,” continued Klopp, happy to have his captain available again. “Now he is on a good way and, yes, will be involved.”