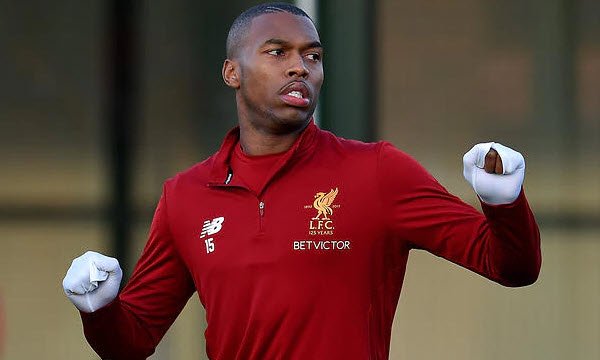 Although it was starting to look like Daniel Sturridge would end up spending the rest of the season with Newcastle United on loan, it now appears that West Bromwich Albion have pipped the Magpies to the signing of the Reds striker with a loan fee of around £1.5mil agreed between the two sides.

There was interest from Italy with both AS Roma and Inter Milan keeping tabs on the 28-year old, but with the World Cup looming at the summer, he looks set to stay in the Premier League and right in the face of England boss Gareth Southgate. Out of favour at Anfield, Sturridge has started a mere five matches this season and hasn’t featured for the club since early December when he came on as a late substitute in the 7-0 thrashing of Spartak Moscow.

Roberto Firmino, who has handed the coveted number nine shirt during the summer, remains Liverpool manager Jurgen Klopp’s first choice striker with his all-action style of play the perfect fit for the German manager’s high-pressure tactics. Of course there are concerns about what happens if he picks up an injury, but it appears that the Reds boss is comfortable handing the reigns to Danny Ings and youngster Dominic Solanke should the need arise.

After allowing Philippe Coutinho to join Barcelona earlier in the month, the Merseysiders were being tipped to bring in a high-profile replacement before the close of the window, but that’s looking increasingly unlikely. The likes of AS Monaco attacker Thomas Lemar, Leicester City play-maker Riyad Mahrez and Gremio hit-man Luan have all been linked with moves to Anfield outfit, but the Reds appear to be playing the long game when it comes to replacing the Brazilian.

“Phil Coutinho is not to replace in this transfer window. We can stop thinking about it,” was Klopp’s blunt response when asked about incomings at Anfield. “It is not about replacing anyone, it is about using our own opportunities, our own tools, players, tactics and formations,” explained the German manager. “Unfortunately in the moment when Phil left Adam Lallana got an injury and that was unlucky but that cannot be the reason for getting nervous and going out to try do something,” mused the gaffer, going on to insist that there’s a plan in place. “In the long term we will do a lot [in the transfer market]. In the short term I don’t think a lot will happen.”