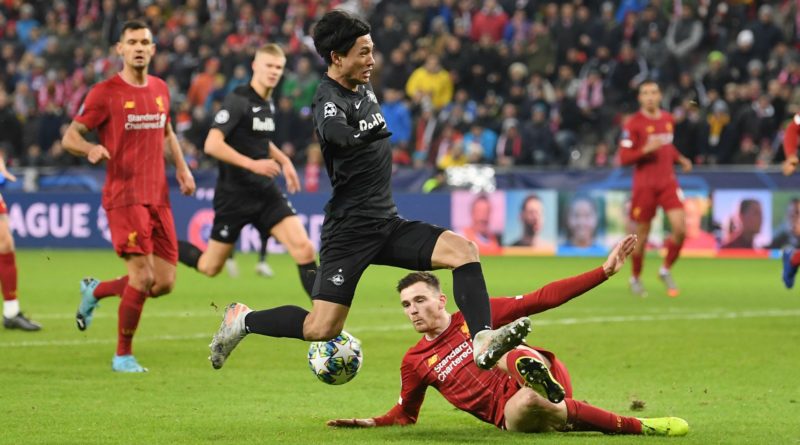 Recent reports heavily suggested that Liverpool will be completing the signing of Takumi Minamino in the January transfer window. Now, the Merseysiders have finally confirmed that the signing will be made official when the winter transfer window opens.

Last week, as revealed by The Telegraph, Liverpool agreed a deal worth £7.25million with RB Salzburg to sign the 24-year-old.

The European Champions confirmed that they have agreed a deal with Salzburg and secured personal terms with the attacker, who completed his medical and will become a Liverpool player on New Year’s Day.

Liverpool already have two former Salzburg players in their ranks in the form of Sadio Mane and Naby Keita. The Reds have a great relationship (Mirror Sport) with the Austrian Bundesliga side and that has now helped them lure another “outstanding” star (The Independent).

“This is fabulous news – a wonderful signing. We are really, really happy about this. Takumi is a very quick, very clever player, he finds space between the lines. He is brave with the ball but also brave without the ball – a proper team player. He makes the best of himself for the benefit of others.”

Minamino was highly impressive in both the Champions League matches against Liverpool, especially at Anfield, where he netted a sublime volley goal and provided a crucial assist in the second half.

In all competitions, the attacker netted 9 goals and provided 11 assists in 22 appearances under the management of Salzburg boss Jesse Marsch this term. So far, the Japanese international has made 22 appearances for his country and scored 11 times.

He will be wearing the No. 18 shirt vacated by Spanish international Alberto Moreno, who left the Reds in the summer on a free transfer. Since the Asian star will become a Liverpool player on New Year’s Day, he might make his debut in the Merseyside Derby on 5th January.