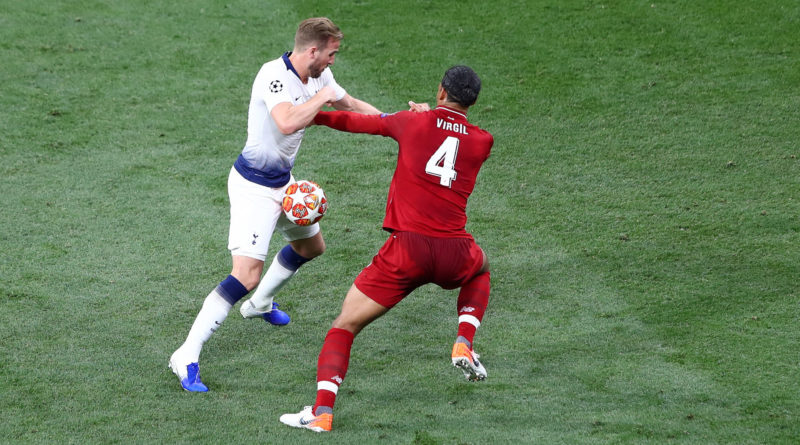 Tottenham star Harry Kane is linked with a move away from the north Londoners this summer and he has been backed to secure Liverpool move.

Last month, Goal reported that the Three Lions skipper is looking to leave Spurs and would like to move to Manchester United.

Chris Sutton has backed the 26-year-old forward to move to Liverpool or Manchester City if he really wants to win the Premier League title.

“Spurs are a brilliant club, but at this moment in time they are way behind the likes of Liverpool and Manchester City.”

“If one of those clubs came in for him, if you were Harry Kane you would be stupid not to go.”

Kane has proven his quality in the Premier League over the years. He has won the PL Golden Boot award on two occasions.

He won the Golden Boot prize in Russia at the World Cup 2018 after netting 6 goals for England. Furthermore, the 45-capped international was the leading goalscorer in the last Euro qualification campaign.

This season, he scored 6 goals in 5 Champions League appearances and so far, in 20 league starts, he has netted 11 goals for Spurs. Unfortunately, the £200,000-a-week forward (Mirror Sport) has been out with a thigh muscle injury since January.

Last season, Spurs finished 26 points behind the Reds and after 29 games this term, Tottenham are 41 points behind Jurgen Klopp’s team in the Premier League table.

So, Sutton is right, Kane would have to leave Jose Mourinho’s team to win the Premier League trophy and for now, Liverpool and Man City are two of the most strongest teams in the country?

At Anfield, Firmino has done brilliantly well while mainly playing in the False No. 9 role. However, we do not really have a top quality out and out center forward in the squad. The question is, do we really need one?