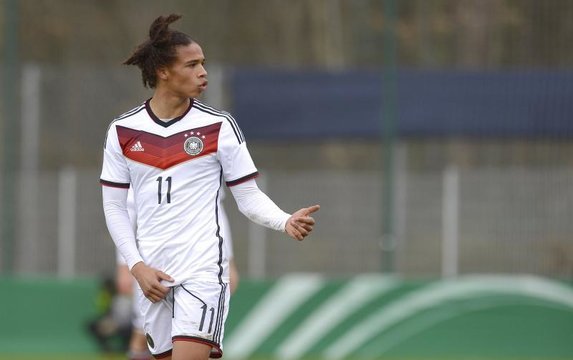 Few days back, we covered a report (via L’Equipe) claiming that the Reds are considering making a move to bring Raheem Sterling back to Anfield. Now, Liverpool have been backed to capture the signing of Leroy Sane from Manchester City.

Former Sky Blues right back Danny Mills have backed the Reds to sign the German international instead of focusing on Adama Traore.

The 42-year-old told Football Insider that the 24-year-old attacker would be a more realistic signing for the European Champions:

“Traore makes a lot of headlines because of his pace and power but to step into a title-winning side, to replace somebody like Mane or Salah – I do not think he is there yet.

“Somebody like Leroy Sane – possibly. He is coming back from injury and has been linked with a move away recently and could be surplus to requirements. He is young, a great talent and has experience. That would be more realistic but I do not know if Manchester City would sell to rivals.“

The Kaiser was a star at Schalke and has been impressive in England with the Citizens as well. In the last campaign, Sane directly contributed in 21 goals (10 goals and 11 assists) in as many league starts to help Guardiola win his second PL title (Transfermarkt).

Unfortunately, this term, the former Bundesliga winger has spent time on the treatment table after suffering a long term injury in the Community Shield contest against Liverpool back in August. Since then, he has not featured for the first team.

The 21-capped international is fit now and in February, he played for 57 minutes in a Premier League 2 fixture with the U23s against Arsenal.

He has been linked with a move away from the Etihad outfit for some time, his current contract with the club will expire next year and he is valued at £90million (Mirror Sport).

It must be noted that Sterling earns £300,000-a-week on the other hand, the German only gets £90,000-a-week (The Daily Express) and surely deserves to earn more.

First and foremost, Jurgen Klopp must hold on to Sadio Mane and Mohamed Salah, who have been immensely important at Anfield.

We definitely need to improve the depth of our attack. As mentioned by Danny Mills, Manchester City might not like to sell their prized asset to a PL rival, so, the chances of luring Leroy Sane might not be high. Nevertheless, would you welcome him at Anfield?