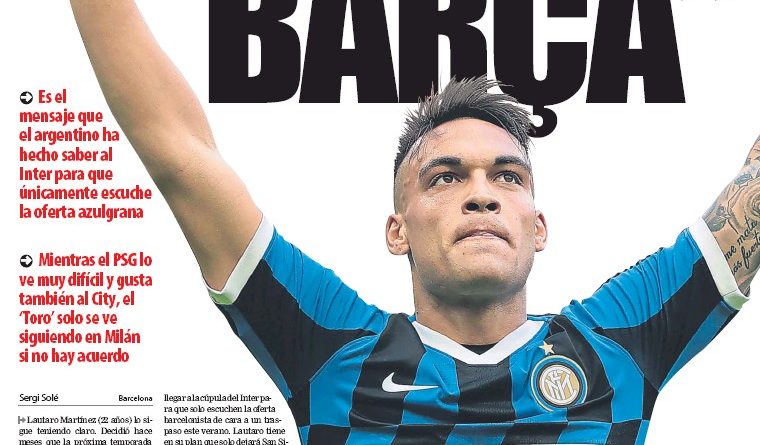 Another day, another story about Timo Werner, who might end up leaving RB Leipzig in the summer transfer window.

The German international is on the radar of several top European clubs but recently, reports in Spain have suggested that the striker would likely move to Liverpool.

Two days back, we covered a report (via Bild) claiming that Jurgen Klopp is willing for Liverpool to splash the cash to sign the 24-year-old center forward in the summer.

Yesterday, Sport claimed that Lautaro Martinez is linked with a move to Barcelona and Inter Milan are in negotiations with Leipzig to replace their star striker with Werner.

The Catalan news source have claimed that at the moment Liverpool have the edge to the sign the Bundesliga star but the Serie A giants are in the fight as well.

On the other hand, today, Mundo Deportivo have covered a story and claimed that Martinez has made the Nerazzurri aware that he is only interested in moving to the Nou Camp.

In such a scenario, the renowned Spanish media outlet state that Inter have prioritized the signing of Werner but the center forward, who would cost £53million, loves Liverpool.

Lothar Matthaus has warned the 29-capped star that he would only be a squad player if he opts to join the Anfield club. The legendary midfielder, who is the most capped German footballer of all time, told SportBild (via Sport Witness).

“With Liverpool, he would have to ask himself whether he wouldn’t be too sad as an additional player.“

This season, Timo Werner has so far netted 27 goals in all competitions for Leipzig under the management of Julian Nagelsmann.

In all fairness, the likes of Mane, Salah and Firmino are irreplaceable in Klopp’s usual 4-3-3 starting lineup. The former Dortmund boss may have to change the system to include the Kaiser if he does end up moving to the Merseysiders.