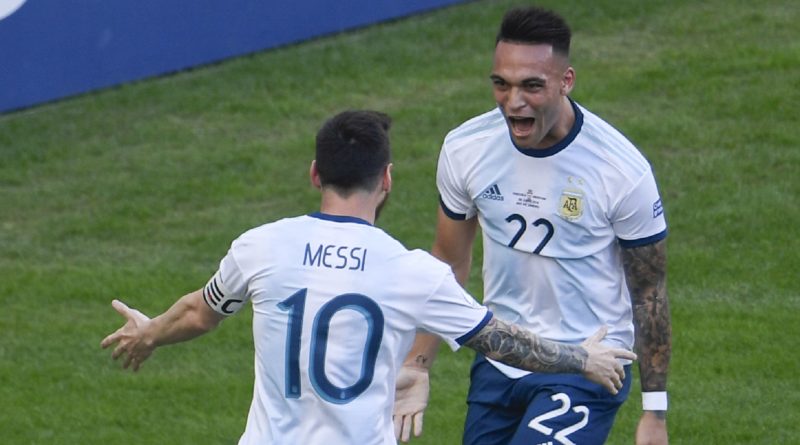 Liverpool are looking to sign a striker and were mainly linked with Timo Werner. Now, if reports are to be believed, a new name is in the focus in the form of Lautaro Martinez.

We take a look at a report covered by a very famous Spanish source.

As per a story published by Marca (via Sport Witness), Barcelona are finding it hard in these troubled times to secure a move for the Argentine forward. It is mentioned that the Catalan club may have to cut the wage bill to afford the signing of the Inter Milan star but that would make other players unhappy.

The renowned source state that in such a tricky situation, the Spanish champions are unsure whether to sign the South American and therefore, other suitors have been named.

Real Madrid and Man United are interested in Martinez and it is claimed (Marca) that even Liverpool could move to sign the 22-year-old because they have recently lost out on capturing Werner from RB Leipzig.

This season, the Serie A star scored 11 goals and provided 3 assists in 20 league starts under the guidance of Antonio Conte before football came to a halt.

In the Champions League, he scored against every opponent in the group stage and in total, found the net 5 times in 6 appearances. So, the stats look good but what about his price tag?

His current contract with the Nerazzurri will expire in 2023 and as per Marca, the deal has a huge release clause of 111 million euros (£99million).

Recently, Jurgen Klopp told Sky Germany (via Mirror Sport) that spending £50m-£60m on a player in the current circumstances would be difficult. Perhaps that is why we have failed to lure Timo Werner.

Lautaro Martinez has got a massive release clause and top European clubs are after him, so, it will be fair to say that he is not going to leave Inter Milan for cheap and might be out of our reach. In your opinion, who should Klopp sign to improve his attacking department in the summer?