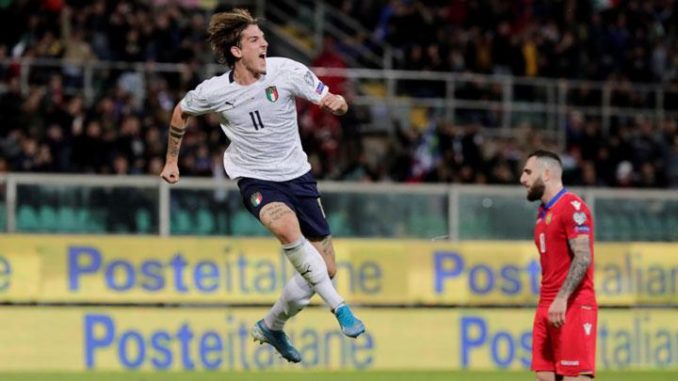 Last month, we covered a report (via Il Tempo) claiming that Liverpool are looking to sign Nicolo Zaniolo from Roma.

Now, the Italian international is once again in the focus and reports suggest that Liverpool are keen to agree his signing in the summer.

According to an exclusive story published by Tutto Sport yesterday, Liverpool are hot in pursuit to lure the 20-year-old from the Giallorossi.

The renowned Italian news outlet have reported that the capital club want to hold on to their prized asset, who is valued at 60 million euros (£54million).

The youngster found the net four times and provided one assist in 18 league appearances in the current campaign before getting injured. He has been out with a cruciate ligament rupture since January (stats also discussed in the previous post – link provided above).

As per analytics provided by Tutto Sport, Zaniolo has a pass accuracy (short and long passes) of over 80% and he has so far created 18 chances for his team this term.

The 5-capped international, who has netted two goals for his country thus far, can play in multiple offensive positions and could improve Liverpool, who need to strengthen the depth of their attack.

We lured Mohamed Salah (2017) and Alisson Becker (2018) from Roma and the duo have turned out to be World Class for us. Should we try our luck by signing another player from the Serie A club.

It must be remembered that the Reds refrained from meeting the £49million release clause to lure Timo Werner from RB Leipzig and Chelsea took advantage (ESPN). So, it will be fair to say that it is highly unlikely that the Anfield side would pay £54million to agree the signing of Nicolo Zaniolo.