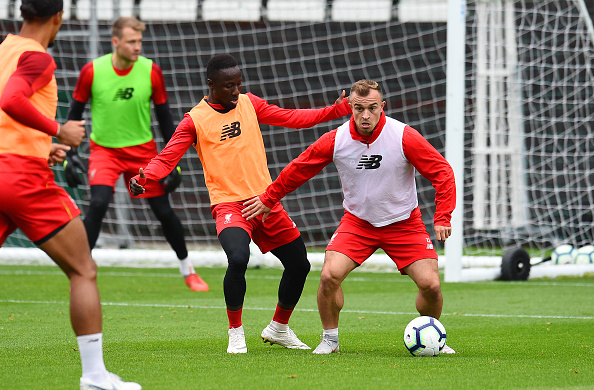 If reports in the media are anything to go by then Liverpool could end up losing Naby Keita in the summer transfer window.

According to Le10Sport, the Guinean international’s future at Anfield is up in the air after an injury hit campaign and he might leave the Reds this summer.

The renowned French news source have mentioned that the 25-year-old is linked with a move back to Germany and teams like Dortmund and Bayern, who can afford him, could move to hire his services.

We agreed the deal to sign Keita from Leipzig back in 2017 and he joined the club in the summer of 2018. Klopp has utilized the £120,000-a-week versatile player (Mirror Sport) in the midfield and also in the attack whenever needed.

In his first season at Anfield, the African star showed glimpses of quality but often, he was out injured.

The former Bundesliga star featured in 25 Premier League fixtures for Liverpool in the 2018-19 campaign but only started 16 times.

This term, the injury situation has been worse. So far, he has only managed to start 11 games in all competitions. The good news is that he is fit right now and did even find the net in a recent friendly against Blackburn.

In December 2019, he scored three goals in three consecutive appearances in three competitions i.e vs Salzburg (Champions League), vs Bournemouth (Premier League) and vs Monterrey (Club World Cup). Unfortunately, he suffered another injury and was sidelined for a month.

Have your say – Should we be patient with Naby Keita or is it time to replace him?