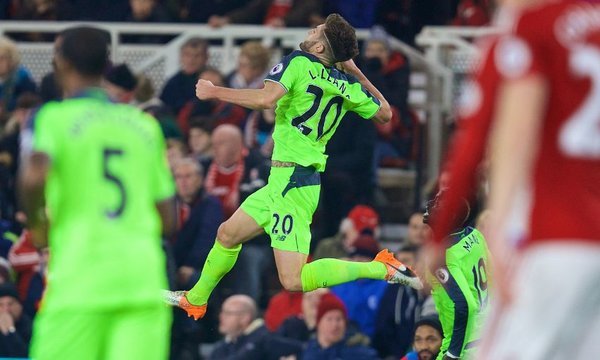 Adam Lallana’s current contract with Liverpool will expire at the end of this season and it will be a huge surprise if the English attacker stays at Anfield.

The Reds already have an overcrowded midfield department and there is no space for the 32-year-old, who has mostly warmed the bench in the past three seasons.

The veteran star has been backed to agree a move away from Liverpool in order to join his former side Southampton.

“He could even go back to the likes of Southampton. There’ll be loads of clubs looking to sign him up on a one or maybe a two-year deal, because he’s got quality.“

“He knows how to keep the ball, he can create. It’s not long ago that he was in the England squad and playing for England, so he’s still there or thereabouts. He’ll have plenty of options.”

Lallana was a superstar for the Saints, especially in the 2013-14 season in which he made it into the PFA Team of the Year.

He was exceptionally good for Jurgen Klopp mainly in the 2016-17 campaign but then injuries halted his progress and recently, he has just been a squad player at Anfield.

In the current campaign, the £150,000-a-week star (The Guardian) has so far featured in 22 games in all competitions for the PL champions. However, he could start on just 8 occasions.

Lallana did make a couple of important contributions in the league as he scored an equalizer at Old Trafford and provided the decisive assist against Wolves at Anfield.