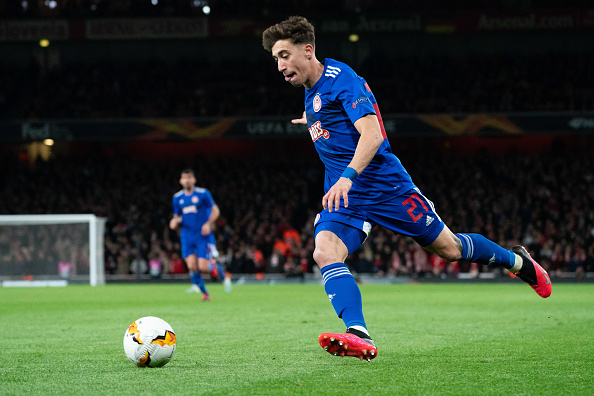 If reports in the media are anything to go by then Liverpool are close to securing their first signing of the summer by hiring the services of Kostas Tsimikas.

According to The Guardian, the Reds primarily wanted Jamal Lewis to cover for Robertson but their £10million bid was rejected and the Merseysiders were unwilling to meet Norwich’s asking price of £20miliion.

News: £27million star would ‘love’ to sign for Klopp’s Liverpool

Therefore, the Premier League champions moved in swiftly to agree a fee for Tsimikas, who plays for Olympiacos.

As per The Guardian, Liverpool have agreed a fee £11.75million to sign the Greek international, who will travel to Merseyside to complete medical and agree personal terms.

The renowned news source have mentioned that the 3-capped international is set to sign a contract with the Anfield club that will make him earn £50,000-a-week, £10.4million in four years. So, the entire worth of the deals (fee and terms) is going to be just over £22million.

The 24 -year-old star featured in 46 fixtures for the Greek side last term and provided 7 assists.

In the league winning campaign, he started 20 games and helped Olympiacos keep 12 clean sheets. Overall in 86 appearances, he has not been able to find the net as yet.

Our first choice left back Andrew Robertson provided 25 assists in all competitions in the last two seasons and defensively, he has been rock solid as well.

The Scottish international was named in the PFA and Champions League TOTY last year and he is arguably the best left back in the world at the moment.

In the absence of Robbo, James Milner, a natural midfielder, mainly played in the full-back role. The veteran star did well in the defense but we needed a natural defender to cover for the 26-year-old and it seems that Kostas Tsimikas will be the one to join us.