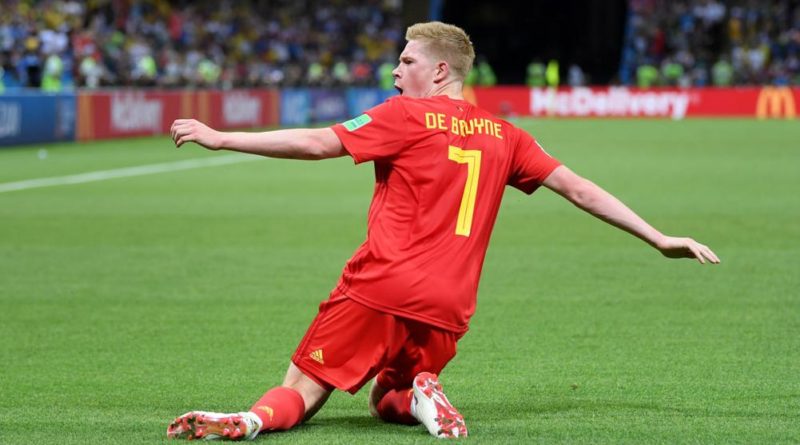 Kevin De Bruyne is without doubt one of the best players in the Premier League and it will not come as any surprise if he ends up winning the PFA Player of the Year award.

Former Liverpool player Stan Collymore has backed the Belgian international to move to Anfield if he wants to progress in his career.

Furthermore, the 49-year-old thinks that the 29-year-old attacking midfielder would be perfect for the Reds and will largely improve Klopp’s already brilliant squad.

Collymore wrote for The Mirror:

“The only way he (De Bruyne) can really stamp his greatness on the game is by joining a club at which he’d have A* ­expectations and, at the height of his powers, there isn’t a better time for him to do that. De Bruyne would be the perfect fit for Liverpool.”

“He could go in and run a midfield which already has all the attributes to get the best out of him.”

The former Wolfsburg star started 32 league games under the management of Pep Guardiola last term and directly contributed (Transfermarkt) in no fewer than 33 goals (13 goals and 20 assists).

The Citizens would obviously not want to sell their best player to their main title rivals. His current contract with the Etihad outfit will expire in 2023, so, it will be fair to say that his market value would be very high.

Already, De Bruyne is earning a mammoth salary of £280,000-a-week (The Telegraph). Therefore, the Reds would likely have to break their pay structure to have any chance of signing him. Not to forget, Liverpool’s current highest earner is Mohamed Salah, who gets £200,000-a-week (The Daily Mail).

2 thoughts on “£280,000-a-week attacking midfielder backed to sign for Liverpool”