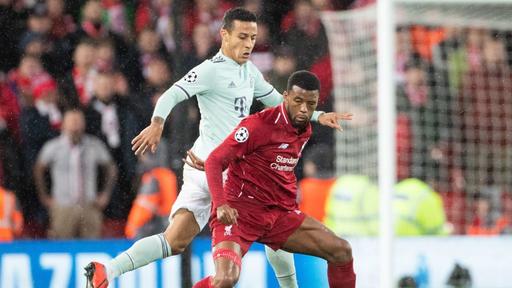 Another day another report linking Georginio Wijnaldum with a move away from Liverpool. The latest update has come from Spain.

As per today’s version of Mundo Deportivo (press image provided below), Barcelona are pressing to lure the Dutch international to the Nou Camp for new manager Ronald Koeman, who wants to unite with his countryman.

It is claimed that the Catalan giants believe the 29-year-old could play a leading role in the center of the park for Barca just as he has done for the Merseysiders. The La Liga giants still remember Wijnaldum’s MOTM performance that knocked them out of the 2018-19 Champions League.

The renowned Spanish news source have further mentioned that the future of the former Newcastle midfielder has not been resolved as yet because Jurgen Klopp is looking to secure Thiago Alcantara, who has a pre-agreement with the Reds.

Mundo Deportivo state that through sources, they know that Wijnaldum would like to play for Barca but he does not want to openly confirm. The Netherlands star’s contract at Anfield will expire next year and that is the case with Thiago at Bayern as well.

In such a scenario, MD claim that Dutchman should not cost Barcelona a lot and from his sale’s money, Liverpool could pay the fee to sign Thiago from the reigning European Champions.

In an exclusive interview with talkSPORT, former Manchester United star Wayne Rooney stated that the Premier League champions will be able to retain their crown next season if they do end up signing Thiago Alcantara this summer.

“So I do think it is between City and Liverpool. And if Liverpool get Thiago from Bayern Munich, I think it is done (PL title).That is a better signing than Messi going to Man City.”

Ideally, we should keep Wijnaldum because he has been such a key player for us. No midfielder has started more games under Klopp than him. However, signing of Alcantara is needed to enhance creativity in the department.

The better option would be to sell the likes of Harry Wilson and Marko Grujic, who played on loan in the past two years, to fund the signing of the former Barca star. We shall see how the transfer saga unfolds in the coming days.