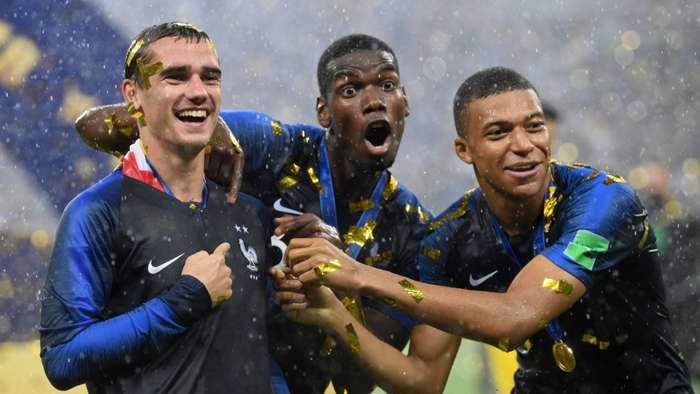 As per recent reports, Liverpool have been linked with Antoine Griezmann (The Mail) and now a former Red has backed the club to lure the French forward.

Stan Collymore believes that the Premier League champions need to freshen up their squad with a marquee signing to push the current crop of players.

The ex Premier League striker stated (via The Mirror):

“Signings like that say: ‘This is a test for you in the dressing-room now.’ Compare that to the message Liverpool’s dressing room has received with the arrival of only full-back Konstantinos Tsimikas in the summer and Takumi Minamino in January.”

“That’s why I like the ­Antoine Griezmann rumour – if Liverpool were to get the French international striker then the dressing room would be thinking the cavalry had ­finally arrived.”

The 49-year-old is absolutely right. The Merseysiders did not sign anyone to challenge the first team after winning the Champions League in the 2018-19 season and so far, they have not completed any major capture to improve Klopp’s starting XI after lifting the PL trophy.

We do not have adequate quality to cover in the absence of even one of our dynamic front three. The likes of Origi, Shaqiri and Minamino are good options but perhaps not good enough.

However, like the South American playmaker, the French forward has also failed to settle at the Nou Camp.

Naturally, the Les Bleus star is a secondary striker but he can play anywhere in the attacking third. Barca tried him in multiple offensive positions but he failed to shine and his future is up in the air with Messi staying at the club (The Mail).

Two days ago, the £297,000-a-week forward (Marca) scored for France in their 4-2 win over Croatia in the UEFA Nations League. In your view, should Liverpool move to sign Antoine Griezmann?