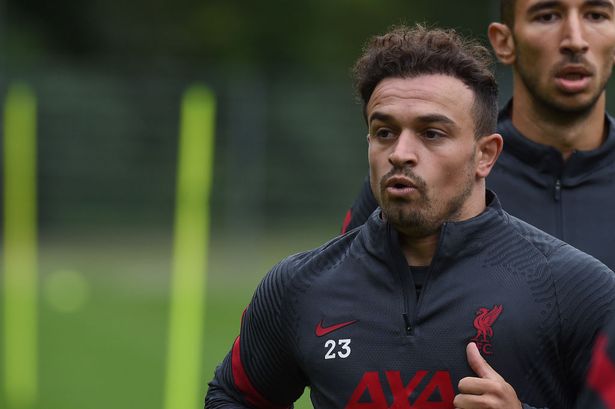 The likes of Marko Grujic and Xherdan Shaqiri have been linked with a move away from Anfield but it seems that the £40million duo are set to stay.

Earlier in the day, we covered a report via Bild stating that Werder Bremen are close to signing the Serbian midfielder on loan for a season.

However, the famous German news outlet have now revealed that the deal is off.

Bild claim that the 24-year-old, who spent the last two seasons on loan in the Bundesliga with Hertha Berlin, will not be joining Bremen because they have failed to reach an agreement with regards to the salary structure.

Liverpool have an overcrowded midfield department with players like Keita, Fabinho, Wijnaldum, Jones, Thiago, Oxlade-Chamberlain, Milner and skipper Henderson around.

In all fairness, they should really sell the £20million-rated (Goal) Grujic, who is hardly going to get any game time now that we are out of the Carabao Cup.

As far as Shaqiri is concerned, the Swiss international scored a sublime goal vs Lincoln City in the third round of the league cup but he was absent from the squad in the last two games in all competitions.

According to Evening Standard’s David Lynch, the former Stoke City player was not around for the fixtures against Arsenal and Aston Villa because he was supposed to leave the Merseysiders. However, it seems that he will stay with the Reds .

As per reports (Liverpool Echo), the 28-year-old winger is also valued at £20million by the Premier League champions. Shaqiri did brilliant for us as a second choice right winger in the 2018-19 campaign, however, he was mostly injured last term.

If he does end up staying then Klopp can use him as a super-sub (provided he remains fit). The ex Bayern man is a quality player and has ample experience under his belt, so, with him around we will have stronger attacking depth.