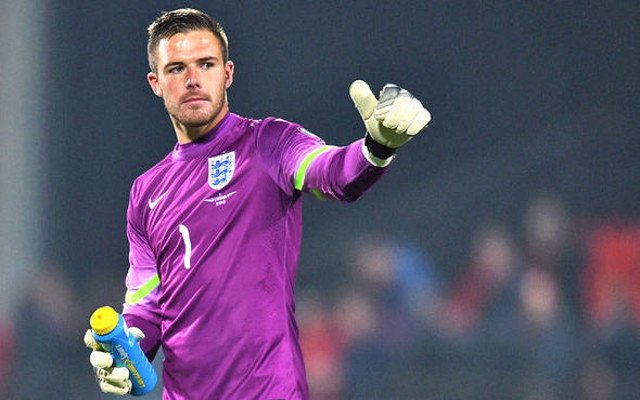 With Alisson out injured, Adrian was given the nod to start vs Aston Villa in the last Premier League fixture and he initiated Liverpool’s collapse at Villa Park.

The Spanish goal keeper set up the opening goal of the game for the home side, an absolute shocker from which the Reds could not recover.

News – Liverpool can agree signing of ‘exciting’ £45million attacker this month – Should they?

Next up, we play Everton, who are in top form under the management of Carlo Ancelotti, sit at the top of the table and have won 7 out of 7 fixtures this term.

We know that Alisson is not back and the team needs to get their confidence back but can that happen with Adrian in goa? May be not. That is why reports suggest that Liverpool are looking to sign a new goalie.

According to The Sunday People, Jack Butland, who was valued at around £30million when Stoke City got relegated, could end up securing a move to Anfield before the deadline on October 16.

Not only that, the well-known British source have mentioned that the 9-capped international could be involved in the Merseyside derby away from home next weekend.

The £60,000-a-week star (The Mail) will be out of contract next year and has not played a single game for the Potters this season, so, he could be lured for cheap.

In your view, should Liverpool secure the signing of Butland who has ample Premier League experience under his belt?

One thought on “£60,000-a-week star could secure Liverpool move and play vs Everton – Report”