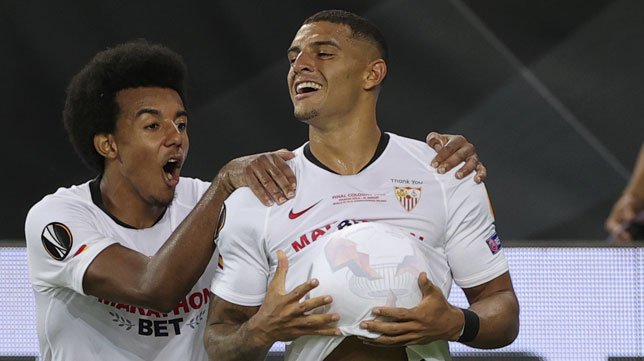 Liverpool are linked with numerous central defenders and the latest name in the lime light is that of Jules Kounde.

According to a recent report exclusively covered by 90min, the Reds are are looking at options to strengthen their central defense and they consider move to sign the French defender. Our focus is on the Sevilla star.

In the summer transfer window, the Merseysiders were mainly linked with Kounde’s team-mate Diego Carlos. The duo were solid at the back last term and helped the team win the Europa League.

90min claim that in the summer, Kounde was valued at around £70million. Earlier this month, ESPN revealed that the 21-year-old is going to cost around 65 million euros (minimum) i.e. £58.5million.

The youngster’s current contract with the Andalusian club will expire in over three years (summer of 2024) and it has a huge release clause of 90 million euros (AS).

The ex Bordeaux player was brilliant in the last campaign under the guidance of former Real Madrid manager Lopetegui. He made 29 appearances in the Spanish league and helped Sevilla keep 14 clean sheets.

In first four KO fixtures of the Europa League, Sevilla did not even concede a single goal and the ex Ligue 1 star proved to be rock solid. As far as this season is concerned, in four games so far, he has helped the team keep 2 clean sheets.

He missed three games after contracting corona virus but returned in the midweek Champions League victory (1-0) vs French side Rennes.

90min report that Liverpool would like to spend an amount of maximum £40million to sign a central defender in January but they may have to raise the fee considerably to lure a quality star.

In your opinion, should the Reds splash around £58.5million to sign Jules Kounde in the winter transfer window?