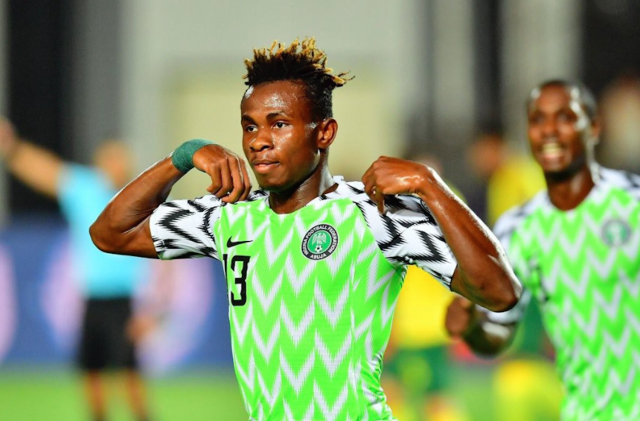 Liverpool are linked with numerous quality players and once again, the name of Samuel Chukwueze is in the lime light.

Back in February, France Football revealed that the Reds made an offer of 35 million euros to sign the Nigerian international in the winter transfer window (2020), however, the move was turned down by Villareal, who wanted a lot more for their star.

If the latest reports in the media are anything to go by then Liverpool are willing to bid again to bring the 21-year-old winger to Anfield.

As per a story covered by La Razon yesterday, the Merseysiders are prepared to move to sign the highly rated attacker, who is wanted but several other top clubs as well.

The well-known Spanish news outlet have mentioned that Jurgen Klopp would welcome the signing of Chukwueze and the Reds also have sights on hiring the services of Wolves winger Adama Traore.

The youngster’s current contract has got a release clause of 80 million euros (£71million) and La Razon claim that Villareal would ask for the full payment of clause to sell the attacker.

Chukwueze was a key member of the Nigerian side that won the U-17 World Cup back in 2015. In that tournament, he directly contributed in 7 goals in as many games to help his side lift the trophy.

For the senior national side, so far, in 16 caps, he has netted 3 goals for the Super Eagles (Transfermarkt). Nigeria won the bronze medal at the African Cup of Nations last year and the young winger made 6 appearances for his nation in the competition.

In the last campaign. he scored 4 goals and provided 6 assists in 22 starts for Villareal, on the other hand, this season, so far, he has directly contributed in 4 goals in 7 starts (all competitions).

Liverpool have top quality attacking stars like Sadio Mane, Mohamed Salah, Roberto Firmino and Diogo Jota, who are regularly starting under the management of Klopp this term.

On the other hand, in the back-up, the Premier League champions have experienced players such as Xherdan Shaiqiri, Divock Origi and Takumi Minamino. So, the German manager really does not need to strengthen the offense because he has more than enough quality and depth in the department.

Have your say – should Klopp spend £71million to welcome Samuel Chukwueze at Anfield?