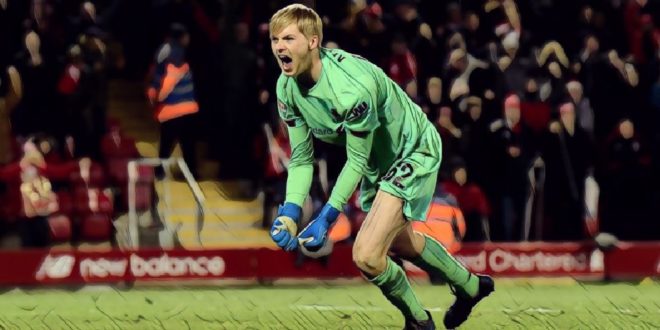 If reports in the media are anything to go by then Liverpool are ready to offer Caoimhin Kelleher a lucrative new deal to extend his stay with the club.

The youngster will be out of contract in 2022 and according to Football Insider, the Reds are prepared to secure huge fresh terms with the shot stopper.

Liverpool’s first choice goal keeper, Alisson Becker, has been in and out of the squad this season due to injury concerns.

Last season, Adrian did well in the absence of the Brazilian international but this time around, the Spanish goalie was extremely poor in shot stopping and decision making in the box.

Therefore, Kelleher was handed the chance and he grabbed it with both hands. The youngster put in a Man of the Match performance against Ajax on his Champions League debut. He made some crucial saves to keep a clean sheet on the night.

After his display vs the Dutch giants, Klopp claimed that the 22-year-old is a “sensationally talented” player and confirmed that he has overtaken Adrian to become our second choice goalie (LFC).

Last night, the Irish starlet made his Premier League debut for Liverpool against Wolves and put in yet another confident and impressive performance and earned yet another clean sheet at Anfield.

Let’s hope that Alisson returns sooner rather than later but Kelleher has clearly shown this term that he is much better than Adrian and deserves to be our No.2. In your view, should the Reds agree a bumper new contract with him?