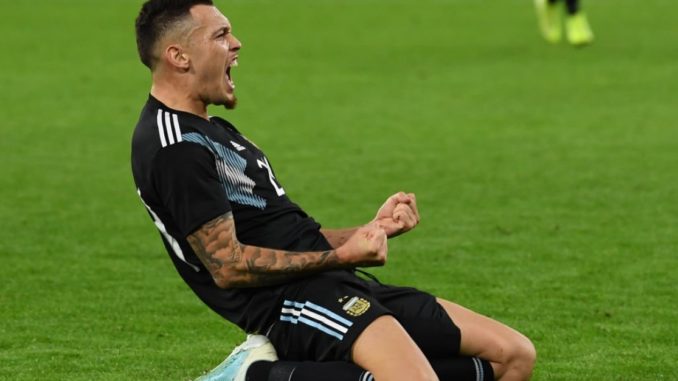 Liverpool have only scored one goal in the Premier League at Anfield since the turn of the year and that was scored from the penalty spot by Mohamed Salah (against Manchester City).

The likes of Mane, Salah and Firmino have been important in the Reds’ success but when they are out of form, Klopp does not have the quality in the back-up to get the results.

In such a scenario the German manager needs to improve the offense in the summer transfer window and reports suggest that a Sevilla star is on the radar.

According to La Razon, Klopp wants to sign Argentine international Lucas Ocampos from the Andalusian club.

The Spanish news source have mentioned that Liverpool are prepared to move to sign the 26-year-old winger but it remains to be seen whether they will actiavte his 65 million euros clause (£56million) to secure his signature.

La Razon claim that Sevilla need to sell players to balance the books and Ocampos could be offloaded in the summer.

The former Monaco man has been brilliant for Sevilla under the management of Julien Lopetegui. He was a key member of the squad that won the Europa League title last term.

The La Albiceleste star scored 17 goals and provided 5 assists in all competitions in the last campaign. As far as this season is concerned, so far, he has directly contributed in 11 goals in 25 starts for the La Liga club. For the senior national side, he has netted 2 goals and provided an assist in 7 appearances thus far.

Ocampos can effectively play on either side of the attack and therefore, he can provide cover to both Salah and Mane. To challenge a squad as big as Man City, Liverpool should have quality in depth and the South American star would be a top addition.

The question is, should Liverpool activate the £56million clause to hire his services in the summer?