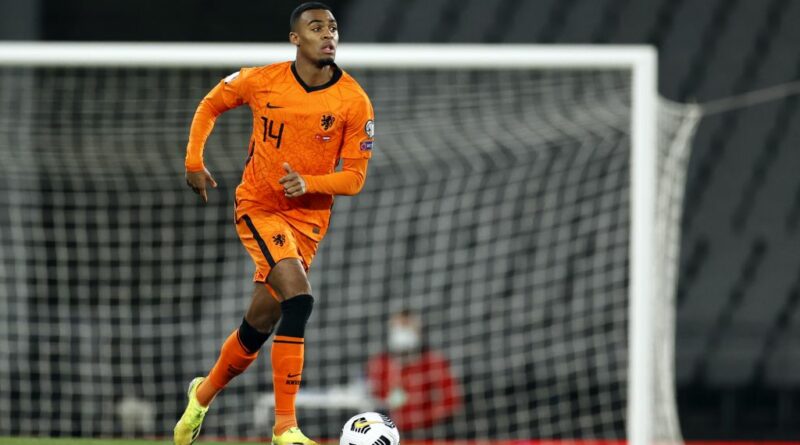 Liverpool star Gini Wijnaldum will be out of contract in the summer and it will not be shocking to see him depart the club on a bosman.

No midfielder has played more games than the Dutch star for the Anfield club under the guidance of Jurgen Klopp and the German manager would need to replace him in the next transfer window.

If reports in the media are anything to go by then the Merseysiders are targeting Wijnaldum’s compatriot, Ryan Gravenberch to replace him.

The renowned Italian news source have mentioned that the teenage sensation, whose current contract with the Dutch champions will expire in 2023, is going to cost around 35 million euros (£30.2million).

Gravenberch was part of the Netherlands U-17 squad that won the U-17 European Championships back in 2018. He broke into the first team of Ajax last term and this term, he has regularly started under the management of Erik ten Hag.

The central midfielder has so far featured in 37 games this season and directly contributed (Transfermarkt) in 10 goals (4 goals and 6 assists).

In the recently held World Cup qualification fixtures, Oranje boss Frank de Boer handed Ryan Gravenberch his senior international debut. He featured for 8 minutes in the 4-2 defeat against Turkey, played 11 minutes and 45 minutes in the victories vs Latvia and Gibraltar respectively.

Liverpool defeated Ajax 1-0 both home and away in the Champions League this season and Klopp must have observed the young midfielder who featured for full 90 minutes in both the fixtures. In your view, who should the Reds sign to replace Gini Wijnaldum at Anfield?