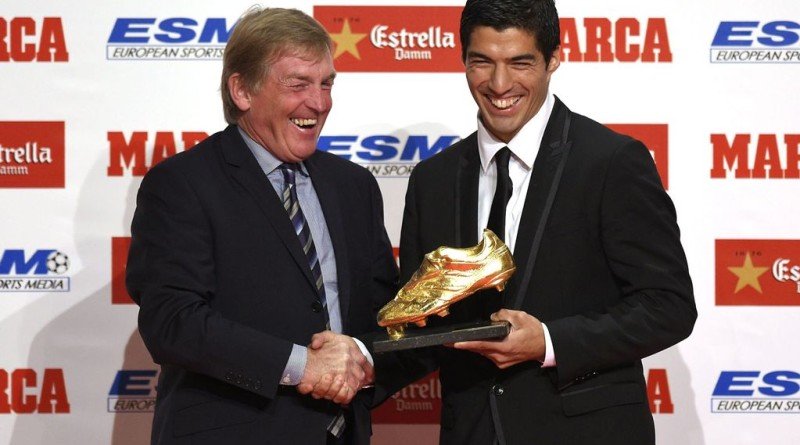 Luis Suarez was an absolute magician during his time at Liverpool. He left the Reds in 2014 to move to Barcelona and excelled with the Catalan giants as well.

Last summer, the Nou Camp outfit opted to offload the Uruguayan international, who ended up signing for Atletico Madrid. The South American star has been in top class form for the Rojiblancos, who are currently on top of the La Liga table.

According to a story covered by Deportes Cuatro, Liverpool are going to try to re-sign the striker by making a tempting offer.

Uruguay’s all time leading goal-scorer is still performing at the highest level. Under the management of Diego Simeone, the 34-year-old forward has so far started 25 games in the league and scored no fewer than 19 goals in the current campaign.

His current contract with the Wanda Metropolitano outfit will expire next year but as revealed by Marca earlier this year, there is a clause that allows him to leave for free this summer. The renowned Spanish source reported (and the same claim has been made by Cuatro) that the former Ajax man is happy to stay.

Liverpool have badly missed a clinical center forward this season. Their No.9, Firmino, has only netted 1 goal in the last 20 games for the Merseysiders.

So, the problem must be resolved in the summer but the question is, should Liverpool move to bring Luis Suarez back (Short-term fix)?

Suarez earned a salary of £300,000-a-week at the Nou Camp (The Athletic). In February, Sport revealed that the star striker has not taken a pay cut and is still earning the same salary. One part of his wage is paid by Atletico and the other by Barcelona.

Liverpool’s highest earning player is Salah, who gets £200,000-a-week (The Mail). When Suarez was scoring for fun in the 2013-14 campaign, the Reds opted to hand him a deal worth £200,000-a-week (The Guardian). Now, should they meet his current salary to re-sign him for free in the summer?