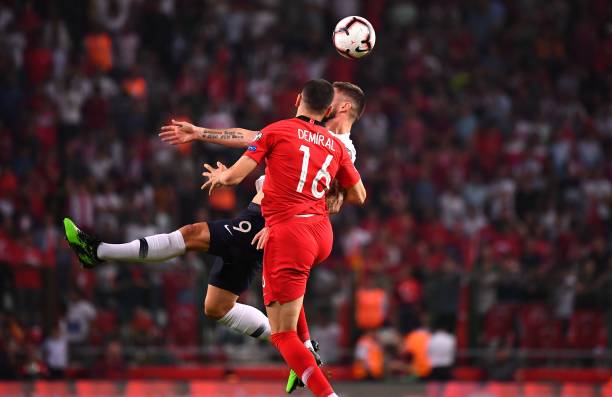 Liverpool have been linked with Turkish international Merih Demiral for quite some time and once again, the Juventus star is on their radar.

In the winter transfer window, before luring the likes of Kabak and Davies, the Reds reportedly made a huge offer to sign the Bianconeri central defender but it was turned down.

Sport Media Set revealed that on deadline day in February, Liverpool made an offer worth £50million (57 million euros) to hire the services of Demiral but the Old Lady rejected the move.

As per a recent report covered by Tutto Juve, the Reds are now one of the main contenders to hire the services of the 23-year-old star.

The Italian outlet have reported that despite spending considerable amount of time on the treatment table, top European clubs are interested in securing his signature. Apart from the Merseysiders, it is stated that the likes of Spurs, Atletico Madrid, Everton, Real Madrid and even Manchester City are looking to sign the former Alanyaspor CB.

Last season, Demiral only started 5 games in the Serie A for the Italian champions and spent the majority of his time either on the bench or on the treatment table.

As far as the current campaign is concerned, the defender has been in and out of the squad due to injuries and so far, he has only started 10 league games under the management of Andrea Pirlo.

Demiral is a solid star who has already played 19 times for the senior national side. He played in all the qualification fixtures to earn his country a place in the European Championships (8 games, 6 clean sheets, 3 goals conceded). Unfortunately, due to a thigh injury, he missed the most recent WC qualification fixtures.

Liverpool have suffered this season mainly because all their senior central defenders have been out with major injuries. Therefore, signing an injury-prone defender in the form of Merih Demiral would not make much sense. Klopp needs a fit and reliable man at the back.