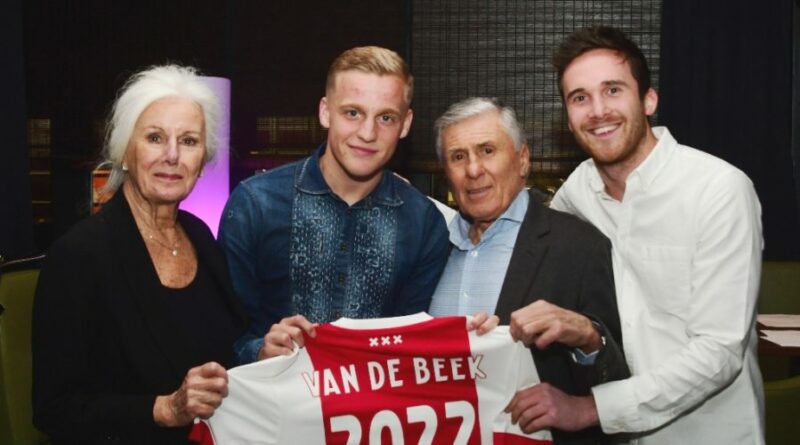 Georginio Wijnaldum was a great servant for Liverpool Football Club and his name will go down in Anfield history. The Dutch international will be leaving the Reds for free and he would be missed.

In such a scenario, Jurgen Klopp must sign a replacement and an Ajax legend believes that Donny van de Beek top replacement for his compatriot.

Sjaak Swart, who holds the record for making the highest number of appearances for the Eredivisie giants, has backed the struggling Man United star to move to Liverpool.

The 82-year-old stated (via Soccernews):

“He played really great at Ajax, until he left. He was ready for abroad. But at United they have 8 or 9 midfielders, and you have to intervene, then that takes time.”

“He would fit in like that at other clubs. If I look at Liverpool and Wijnaldum is leaving now, he will be a wonderful replacement.”

Van de Beek regularly scored and created goals for Ajax. In the 2018-19 campaign, he directly contributed in 30 goals and netted some crucial strikes in the KO stages of the Champions League.

In the recently concluded campaign, the 19-capped international only started 4 league games under Solskjaer and he is lucky to have made the Netherlands squad for the European Championships.

Liverpool do need a goal-scoring/creating midfielder but there is no way Van de Beek would be joining due the fierce rivalry between the Reds and the Red Devils. The two clubs have not directly transferred a player for over half a century.