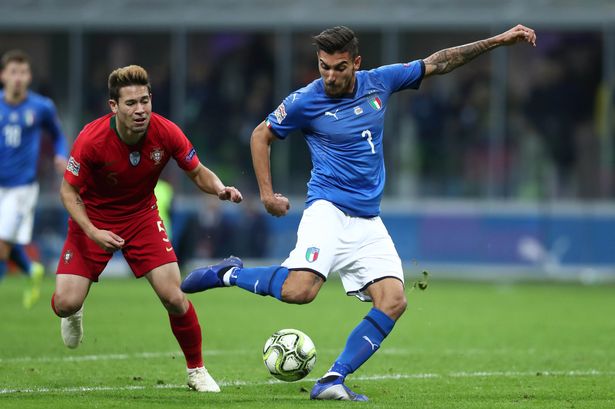 Georginio Wijnaldum has left Liverpool for Paris Saint-Germain and Jurgen Klopp paid the Dutchman a great tribute. He was one of the most important players under the German boss, who should look to replace him this summer.

As per reports going on in the media, the Merseysiders have recently been linked with Italian international Lorenzo Pellegrini.

Last week, Italian media outlet, Corriere dello Sport, reported that the Premier League giants have presented a proposal to sign the midfielder, whose current deal with Roma will expire in the summer of 2022.

Today, as per a story covered by Mundo Deportivo (press report provided below), the likes of Barcelona and Atletico Madrid have the Azzurri star on their radar as well but Jurgen Klopp’s side are especially interested in luring him from the Giallorossi.

MD claim that Liverpool are tempting the star to secure a move to Anfield. It is stated that the signing can be agreed for a fee of £26million (clause). Barca have made an offer but they will not match the asking price keeping in view that the player can be lured for free next summer.

The Catalan giants should learn from the experience with Wijnaldum, who was heavily linked with them all year long and in the end snubbed the Nou Camp outfit to sign for PSG on a bosman.

Pellegrini scored 7 goals and provided 6 assists in the Serie A for Roma last term and no Liverpool midfielder managed to provide more goal contributions (in all competitions) than the Italian. In your view, should Klopp opt to activate the release clause in order to sign the 24-year-old midfielder?