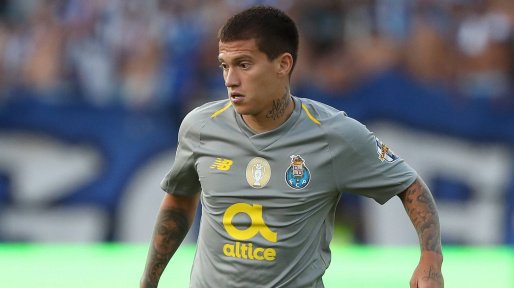 Liverpool have been linked with Brazilian attacker Otavio for some time and the latest reports indicate that the Reds are determined to sign him from Porto.

Last month, A Bola reported that the Merseysiders have moved with force to lure the South American star from the Liga Nos club. They had the opportunity to sign him for just 40 million euros before July but now, his contract has a release clause of 60 million euros (£52million).

Today, A Bola have provided an update in the form of another story with the headline stating ‘ Liverpool does not give up on Otavio’. It is stated that the former Internacional man is still on the radar at Anfield and that the raised £52million release clause has not deterred the Reds from signing him.

The Dragons do not want to lose their prized asset but due to economic concerns, they might be forced to offload him if the price is right. His agent has confirmed that if the offer is good for both Otavio and Porto, the player would be allowed to depart.

The Primiera Liga club must sell before buying and the Portuguese source have mentioned that Wolverhampton Wanderers were expected to make Vitinha’s loan move permanent by paying 20 million euros but that has not happened and there remains a big need for cash to reinforce the squad.

It must be remembered that Porto are serious about signing Marko Grujic from the Reds and few days back O Jogo revealed that Liverpool could offer the Serbian international in order to lure Otavio.

The 26-year-old star is naturally a central attacking midfielder but he can effectively play in multiple offensive and midfield roles. Last season, he scored 3 goals and provided 8 assists (more goal contributions than key Anfield midfielders) in 24 Liga Nos starts for the Portuguese giants.

Liverpool badly missed a natural CAM last season and they need someone who would be able to create spaces/chanes from the center when the oppositions opt to park the bust. Coutinho was brilliant in the No.10 role and Jurgen Klopp should finally replace him this summer.

In your view, who should the German manager sign to improve the attack/midfield for next season?