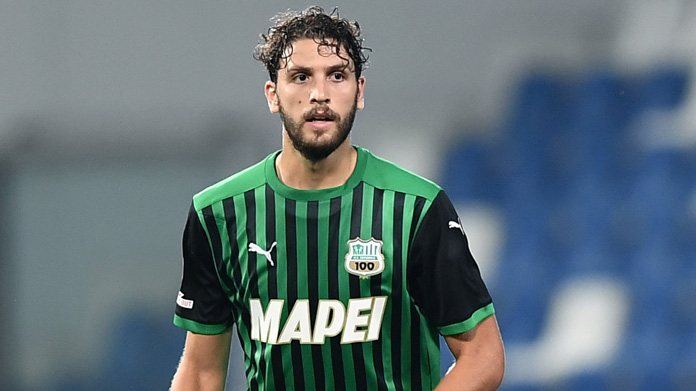 If reports in Italy are anything to go by then Liverpool have moved in to sign Sassuolo star Manuel Locatell in the summer transfer window.

As per a report covered by La Gazzetta Dello Sport yesterday (via Sport Witness), the Merseysiders have potentially made a huge offer to hire the services of the defensive midfielder, who was a member of the Azzurri squad that won the European Championships.

On the other hand, today, Corriere dello Sport (press image provided below) have claimed that Liverpool are ambitious and have made contact with Sassuolo to hire the services of the 23-year-old star.

The renowned Italian media outlet have mentioned that the Serie A club want at least 40 million euros from the sale of their prized asset and they would not offer any discount. It is further mentioned that for the Reds, meeting the asking price of £34million should not be a problem.

However, as far as the player’s preference is concerned, CdS report that Locatelli wants to move to Juventus. The Bianconeri made an initial offer worth 5 million euros to sign the player on a two-year loan deal with an option to make the move permanent for 30 million euros. The bid was rejected and since then The Old Lady have not returned.

Locatelli is mainly a holding midfield star but he can effectively play as a creative midfielder as well. In the last campaign, the 15-capped international featured in 34 league games for Sassuolo and directly contributed in 7 goals (4 goals and 3 assists).

At Euro 2020, he started two games under the management of Roberto Mancini and scored 2 goals. He won the Man of the Match award for scoring a brace vs Switzerland in the group stages.

At Anfield, Jurgen Klopp has got midfielders like Thiago, Henderson and Fabinho, who are very good at playing in the No.6 position. Fabinho is one of the best play breakers in the world and therefore, I do not think that we need to lure another DM.

Instead, the Reds must splash the cash to sign a proven quality central attacking midfielder. What do you think?