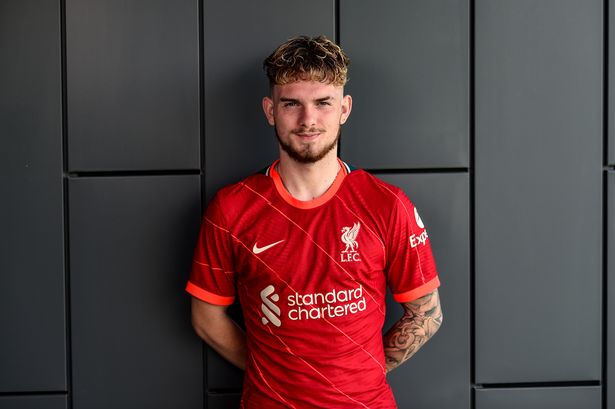 English football has produced a number of exciting young players in the last few years, and this year there could be a new addition to the ranks of promising talent, joining Phil Foden, Mason Mount, Jadon Sancho, Marcus Rashford and Declan Rice.

Harvey Elliott is set to become the latest young star to emerge on Merseyside, joining Trent Alexander Arnold in Jurgen Klopp’s exciting Liverpool squad, and there is reason to expect he could exceed all of his peers’ potential.

If it seems as though Elliott has been around for a while, that’s not surprising. The young winger made his first team professional debut at the age of just 15, when he took the field for Fulham in an EFL Cup tie against Millwall in September 2018. At that time, he was still at school. Before the school year was out, he had made his Premier League debut, entering a game against the Wolverhampton Wanderers on 4 May 2019, as an 88th minute substitute, making him the youngest ever in the history of the Premier League.

His progress had not gone unnoticed, but Liverpool beat the competition to land the young star, signing him in July 2019 for a fee that was later settled at £1.5m, with £2.8m in bonuses. His Liverpool debut came at the end of September that year, when he took the field against Milton Keynes in an EFL Cup game, making him the youngest player to start a match for the club. He made his Anfield debut the following month in the penalty shoot-out win over Arsenal.

Last year, in an effort to broaden his football education and experience, Elliot was sent on loan to Championship side Blackburn Rovers, where he soon impressed. He scored his first goal in a 4-0 away win against Coventry on October 24, and finished the campaign with a tally of seven goals and 11 assists. His goal against Millwall earned him the Goal of the Season award. His impact was further confirmed by his nomination for the EFL Young Player of the Season.

That loan spell will have taught him a great deal about life as a professional. The frenetic physical experience of the Championship provides a tough test for young players. A test that he appears to have passed with flying colours, as he continues to develop.

His blossoming talent is a welcome addition to what promises to be a compelling and crucial campaign. Liverpool is focused on regaining the Premier League crown that they surrendered last season and they have attracted plenty of support from punters with online sports betting UK sites.

That battle for domestic supremacy, along with the push for European glory in the Champions League, will require a deep squad and high-quality replacements for all of the major first team stars. As last season’s injury nightmare underlined, even the best teams in Europe can struggle if deprived of their leading players. So, the more options Klopp has at his disposal the better.

That’s where Elliot fits in. Klopp has been making plenty of positive noises about the youngster’s progress, despite the fact that he has been playing in a deeper role than he used to. This time spent in the central midfield areas of the pitch should add more facets to his game and help Elliot to become a more well-rounded player.

Ultimately, however, he is likely to end up as a key attacking force. It may not be pleasant to think about for Liverpool fans, but at some point, Klopp will have to start building towards a future when that famous front line of Sadio Mane, Roberto Firmino and Mohamed Salah is no longer in place, all three of whom are approaching the age of 30. Intriguingly, when Elliot made his Liverpool Premier League debut, it was as a substitute for Salah, and it seems likely that his role will be as understudy to the Egyptian superstar. Opportunities to impress in that role seem certain to come this season.

So, is he ready? Is this the breakout year for Harvey Elliot? All of the indications are that he is ready. Klopp has praised his development, both in terms of maturity and physicality. It is likely that he has already moved level with and even surpassed the likes of Takumi Minamino, Divock Origi and Xherdan Shaqiri in the creative pecking order. His ability to slot into the central midfield areas if required makes him a versatile option off the bench.

Given his talent, and the demands of a long hard season, which seem certain to produce regular injury absences among the first team, it is inevitable that Elliot will be given plenty of chances to impress in the 2020/21 campaign. We expect him to grab them with both hands.