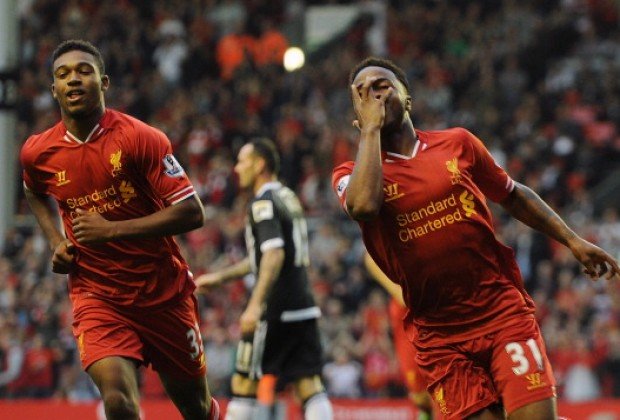 Raheem Sterling rose to fame at Liverpool under the management of Brendan Rodgers but back in 2015, the England international decided to join Manchester City.

Since then, the playmaker has won all the major domestic titles, including three Premier League titles. However, reports in the media suggest that his future at the Etihad is uncertain (The Telegraph).

In such scenario, former Manchester United man, Rio Ferdinand has claimed that top clubs would like to hire the services of Sterling and he has backed Liverpool to secure his signing. The Old Trafford legend, while speaking on his Youtube Podcast FIVE, stated:

“There must be clubs sitting there going. ‘Boy, let me see how this situation pans out because I would take Sterling all day’. If I’m Liverpool, I’d buy Sterling tomorrow.”

The 26-year-old was impressive at Anfield but he became a superstar under the management of Pep Guardiola. He was a key member of the Spanish manager’s squad that won the PL title in 2017-18, 2018-19 and last season. He directly contributed in 26 goals in all competitions last term.

However, things have changed. Sterling used to be the the highest earner for the Sky Blues at £300,000-a-week (BBC) but back in April, Belgian international Kevin De Bruyne was rewarded with a bumper contract of around £400,000-a-week (The Mirror).

The 70-capped international was highly impressive at the European Championships for the Three Lions but for the Cityzens, he has only netted 2 goals in the last 18 PL games, 1 in 5 this season (2 starts).

His current contract with the reigning champions will expire in 2023. If he does not put pen to paper, should Liverpool move to bring him back to Anfield?