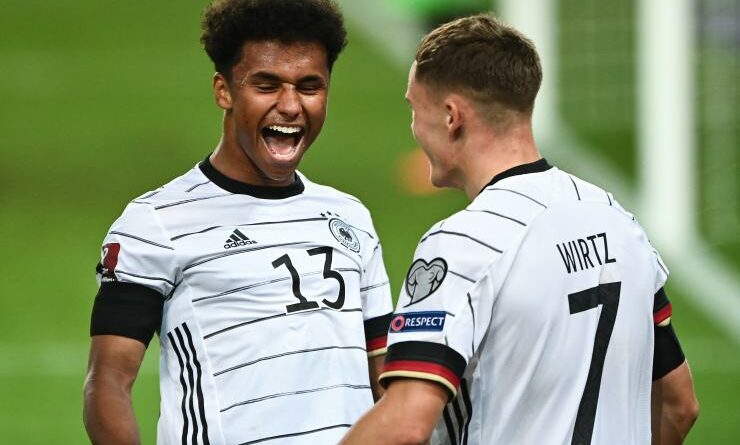 Liverpool have been linked with German international and RB Salzburg center forward, Karim Adeyemi, for some time and the latest reports are intriguing.

According to Sky Sports News’, Marc Behrenbeck, Liverpool have made contact to sign the Kaiser, who should leave the Austrian club in the next summer’s transfer window.

The transfer expert has confirmed that the 19-year-old striker will definitely be leaving Salzburg in 2022 and the top three German sides, Bayern Munich, Borussia Dortmund and RB Leipzig are heavily interested in hiring his services for next season.

It is claimed that Liverpool have made inquiries and lately, they have asked again about the talented starlet, who has been in top form in the current campaign and is rated at around 40 million euros (£34million).

In the Austrian Bundesliga, so far, the youngster has made 10 appearances this term and directly contributed in 9 goals (8 goals and 1 assist). Salzburg have won all their league fixtures thus far. On the other hand, in the Champions League, Adeyemi has netted 2 goals in as many appearances.

He was unable to find the net in the 2-2 draw vs Sevilla but in the last CL contest against French champions LOSC Lille, he netted a brace to help his team earn all three points.

On September 5, he made his senior international debut for the 4 time World Champions under the guidance of Hansi Flick. He featured for just 18 minutes vs Armenia and scored his first goal for the country.

Last month, SpVgg Unterhaching chairman, Manfred Schwabl, praised the ‘quick’ forward and claimed that he has the quality to succeed in the Premier League (Sport1).

Liverpool do lack a clinical finisher in their strike force and they need a quality player who would replace Firmino and serve the club in the long run. In your view, should Klopp spend £34million on Karim Adeyemi?