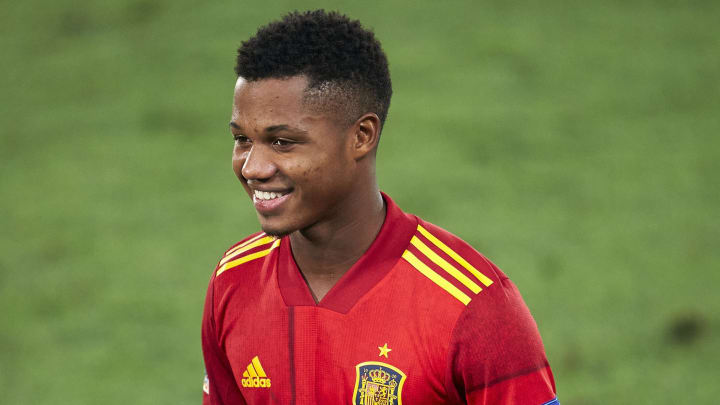 Liverpool have world class wingers in the form of Mohamed Salah and Sadio Mane but there is no one good enough to cover for the African duo.

The Reds need to improve the depth of their wide attacking positions and as per recent reports, they took a serious interest in hiring the services of Spanish international, Ansu Fati.

According to Mundo Deportivo (press image provided below), Liverpool were interested in luring the starlet from Barcelona and even he wanted to know more about the English club and the Premier League.

The Catalan news source have mentioned that the Merseysiders wanted Fati to be the future star at Anfield and presented the offer to his agent that would have made the player earn a salary of 15 million euros per season (£245,000-a-week). They were also ready to pay him a huge transfer bonus.

However, the player made his decision and ended up signing a new contract with the Nou Camp outfit. Few days back, it was confirmed that the player has extended his stay with the La Liga giants until 2027 (BBC).

MD claim that if Fati’s agent was Mino Raiola then he would have pushed his client for a move abroad in order to earn more money. However, Jorge Mendes wanted a better future for the teenage sensation and he knew that there is no better club for the youngster than Barca.

After the departure of Lionel Messi, Fati now wears the iconic No.10 shirt and he has the potential to be world class. The 18-year-old directly contributed in 9 goals in 10 games last season before getting injured.

Since returning (this season), the 4-capped international has netted 2 goals in as many starts in all competitions for Barcelona.

The La Roja star would have been a quality addition for Liverpool, who should look elsewhere to improve their offense. In your opinion, who should the Reds sign to strengthen the attack?