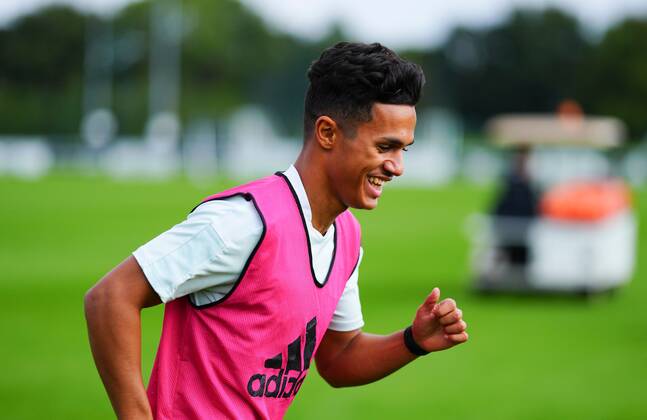 Liverpool need to improve the depth of their attacking department and reports suggest that they are going to secure the signing of a talented playmaker in the form of Fabio Carvalho.

According to an exclusive story covered by Team Talk, Liverpool are to win the race to lure the 19-year-old attacking midfielder, who made his debut in the Premier League last season.

The teenage sensation’s current deal with the Cottagers will expire in the summer next year. The news source have mentioned that the club are trying hard to agree a new deal with him but it is going to be difficult because he knows that other sides want to hire his services.

In such a scenario, Liverpool can secure his signing and upon expiry of his contract, the Reds would need to pay a compensation fee to Fulham in order to bring the player to Anfield, just like they did when they bought Harvey Elliott from the London side.

Carvalho made his first start in the Premier League last season against Southampton and managed to find the net and as far as this season is concerned, he has been brilliant in the Championship. So far, in 5 starts, he has directly contributed in 5 goals under the guidance of Marco Silva.

The Portuguese-born player, who has recently returned from a toe injury, has made 6 appearances for the England Under-18 side.

At Anfield, several youngsters have grown under the management of Jurgen Klopp. The likes of Trent Alexander-Arnold, Curtis Jones and Harvey Elliott are just a few names how have excelled and are now part of the first team squad.

Fabio Carvaho should jump at the opportunity of joining Liverpool, who do not have a natural No.10 playmaker in their squad. We shal see how the transfer saga unfolds in the coming months.