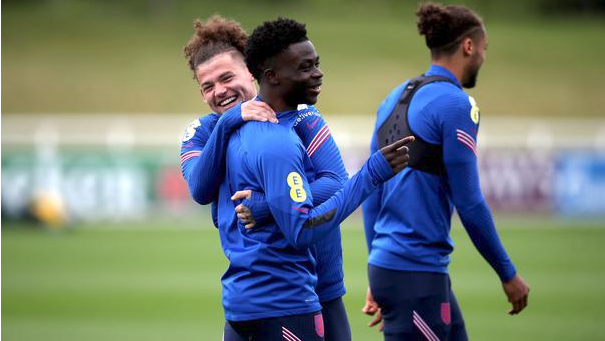 Sadio Mane and Mohamed Salah have been irreplaceable in the wide attacking positions at Anfield but the duo will turn 30 this year and sooner rather than later, Liverpool must look at long-term replacements.

The Reds have been linked with a talented winger in the form of Arsenal star, Bukayo Saka, and a former English defender has backed the player to agree a move to Liverpool.

Last month, transfer expert, Ian McGarry (Transfer Window Podcast) claimed that the 20-year-old attacking playmaker is interested in signing for the Merseysiders. Now, Ex Red and Chelsea star, Glen Johnson, thinks that the move would be great for the youngster.

“I do think it’ll be an expensive transfer to pull off because Arsenal wouldn’t want to sell one of their best players to a rival. As he’s a fantastic player, a young player and English then it would have to be a big deal. In terms of Liverpool and the player being interested in a move then I believe that for sure but I just think it would be quite a complex deal to pull off.”

“I do think it would be a good move for Saka because any chance you get to sign for one of the best teams around, as a young player, it’s going to be appealing. I think the way that Liverpool play will suit him down to the ground.”

This season, so far, the £54million-rated boy (Todo Fichajes), who has the ability to play on either flank, has made 23 appearances in all competitions for the Gunners, scored 7 goals and also provided 4 assists as well. For the senior national side, he has already started 10 times and directly contributed in 8 goals (4 goals and 4 assists).

Old Trafford legend, Roy Keane, believes that Saka is a ‘special’ talent good enough to play for any of the teams in the continent (ITV).

In your opinion, is Bukayo Saka good enough to replace the likes of Mane and Salah at Anfield?