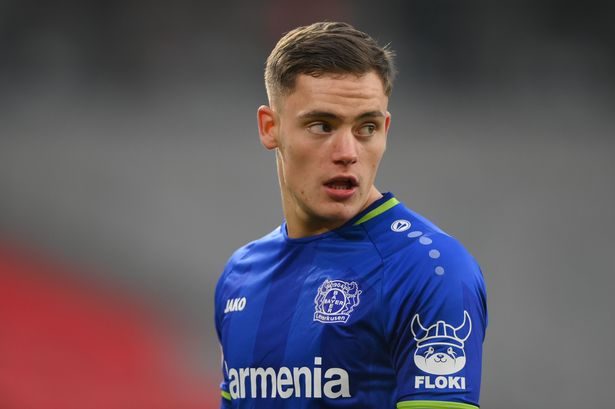 Liverpool sold Philippe Coutinho to Barcelona in 2018 and to date, they have not directly replaced the Samba star, who excelled in the CAM role for Jurgen Klopp.

The Reds rely heavily on their front three for goals and they lack a natural No.10, who can regularly score and create goals. Therefore, they must move to sign a top playmaker as soon as possible.

“A player like Wirtz needs an environment in which he feels comfortable to develop. If he leaves in 2023 or 2024, he can choose the club: Barcelona, ??Madrid, Bayern, Liverpool, I think he would be a good fit with Jurgen Klopp at Liverpool, replacing Sadio Mane”

The 18-year-old can play on the left flank but he is not a natural winger and has mainly excelled in his preferred position, i.e. the hole behind the main center forward. In the current campaign, he has so far started 19 games in all competitions for Leverkusen and directly contributed in 20 goals (8 goals and 12 assists).

His playmaking in the No. 10 role is the main reason why striker Patrick Schick is having his best season ever. The Czech international has netted 18 goals in just 16 Bundesliga outings. Therefore, in my view, Wirtz could be the man to finally replace Coutinho and not Mane.

Former Schalke player, Olaf Thon, heavily praised the teenage sensation and claimed (Sport.de) – “Florian Wirtz is an exceptional talent. Now it’s about him developing into a leading player. I trust him, I think he will change in the summer. The It’s time for him.”

The youngster’s current contract with the Die Werkself will expire in 2026 and as per reports, he is valued at £70million (The Daily Star). In your opinion, should Liverpool move in to sign him?